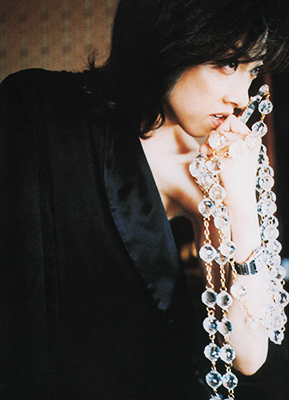 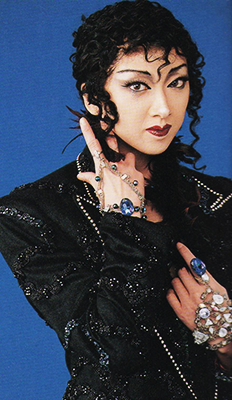 Her parents were expecting a boy, and hadn't thought of any girl's names, but then her father saw a commercial for Rika-chan dolls on TV... So "Rika" it was!

When she was a child, she became fascinated with foreign things, and had tea parties every day. She told her parents she was going to marry a foreigner. Even as an adult, she loves dresses and funky fashions, and loves to dress to startle people. Her fascination with foreign places continued as she grew up, and foreign travel is her main hobby. She's been all over Europe — some places several times!

Jun Shibuki was trained in modern dance and ballet as a young girl. However, when she was in junior high there was a problem when she was in a ballet production, because she was too tall for the role. Her dance instructor suggested she try the Takarazuka Music School, since she would fit in well as an otokoyaku. She eventually went and tried out, but didn't really know what she was getting into... During the exam days, her father had to work, so he dropped Rika off in Takarazuka and she stayed at a hotel by herself. While at the exams, she met another girl there on her own... Kouju Tatsuki!