The Takarazuka Revue was founded in 1913 by Kobayashi Ichizou (1873-1957). Kobayashi was a industrialist and politician who was the president of Hankyu Railways at the time, and the city of Takarazuka was situated right at the stop of a Hankyu line. Already a popular tourist destination for its famous hot springs, Takarazuka seemed like the ideal spot to open up an attraction of some sort that would boost train ticket sales and draw in even more business for the city. The Kabuki theater (an all-male theater troupe, founded by a woman in 1600) was already well established, though Kobayashi considered their ideas to be very old and elitist and thought that an all-female theater group might be well received.

Western-style musicals were getting more and more popular at the time, and a cast of young, chaste women performing clean, family friendly shows was an attractive idea. During a time when public kissing was frowned upon, the fact that such scenes were implied rather than acted out, and that both actors were women, made such scenes acceptable to the general public.

Kobayashi titled his theater group the "New Citizens' Theater." Their first performance was in 1914, and the shows became successful enough that in 1924 they were able to get their own 3000-seat theater building, the Daigekijou (Grand Theater) in Takarazuka; Kobayashi built it in connection with the Hankyu amusement park "Takarazuka Family Land." (The park closed on 4/7/03, but parts of it reopened in 9/03, now called the "Garden Fields." It serves as a garden and dog park.) The Takarazuka was the first troupe to introduce the revue-style show to Japan with their 1927 performance, "Mon Paris." By 1938 they were touring Europe and North America, as well as making visits to China and other countries. In 1940 they changed their name to Takarazuka Kagekidan (officially translated as the "Takarazuka Revue Company") and divided into four troupes: "Flower," "Moon," "Snow" and "Star," with an additional "Special Course" that was used for older actresses (40 and up) who did not wish to retire yet. By 1998, the number of actresses had grown to the point that they added a sixth troupe, the "Cosmos" troupe.

Each troupe is governed by a male member of the Revue management. 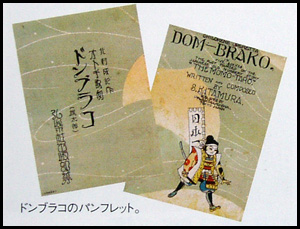