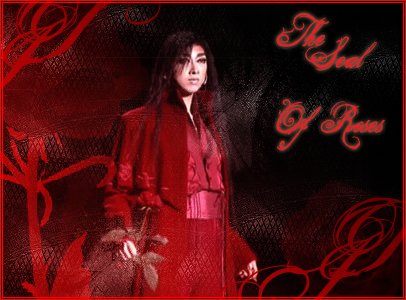 Prologue : The Monastery of Roses in the year 2003.
In the ruins of a monastery encircled by an arched walkway, prima donna Cassandra assigned the part of a beauty and musical star Clifford cast for Dracula are rehearsing A Vampire's Requiem. This musical is one of the charity events to help raise funds for the reconstruction of the monastery in the Valley of Roses. Robert, producer of the events, Rilski, president of Balkan Airways sponsoring the play and Rilski's wife are watching the rehearsal. The actors are not able to harmonize successfully and part from one another in anger. Jennifer, a member of the Association of Historical Discoveries, arrives from London as everybody is leaving the site. Jennifer all alone lies on a couch and falls asleep. She goes through a short strange experience in her sleep. She sees the vampire Francis appearing amid rolling thunder. She is attracted to Francis although she is not sure if she is dreaming or not. When she feels completely awake, she tells of her experience to the people returning to the site. They all look alarmed saying that her dream may be a prediction and proof of the existence of vampires. Peter, a novelist of vampire stories, shows them an ancient book titled The Diary of the Knight Francis and starts reading it aloud.

Part 1 : The Knight Francis --- The Valley of Roses in the year 1314.
In 1314, Francis, a Templar, eludes pursuit and runs into the Valley of Roses, where he is given shelter by Lydia, a beautiful princess of the feudal lord, and the monk Mikhail. When invited to Lord Gabriel's mansion, the astrologer Maja prophesizes to Francis that he is to bear the tribe's fate. Gabriel senses that Lydia and Francis are attracted to each other. He asks Francis to marry Lydia and succeed his chieftainship of the tribe. Puzzled by the abrupt request, Francis calls upon Raphael, the Father Superior of the Monastery of Roses. Raphael tells him an incredible story of a tribe of vampires that lives in this Valley of Roses. The cross entwined with five roses in the monastery is in fact a seal to contain the souls of evil vampires. Monks guard the cross and should the seal be broken, the breaker would be possessed by one of their souls thereby becoming an evil vampire. Raphael advises Francis to leave the valley as soon as possible. Francis falls into a quandary thinking of Lydia. After due agony, he resolves to accept all the facts. He confesses his eternal love to Lydia and proceeds to the engagement ceremony. Mikhail is in love with Lydia even though he is a monk. Driven by his jealousy of Francis, he pulls off the cross tangled in the roses. The seal is broken. In utter confusion, Lydia gives Francis an immortal soul so that he legitimately succeeds to the chieftainship of the tribe of vampires. Just after that, Mikhail who has been transformed into an evil vampire comes in to kill Francis. Instead he kills Lydia who tries to cover Francis. Immediately, the five roses of colors of white, blue, red, azure and purple, respectively fly away from the cross. In her dying words, Lydia tells Francis that only a vampire can kill a vampire and asks him to get the five roses back together. Francis stands still speechless for a while. Now that he has gained an immortal soul, Francis starts his endless journey along the flow of time in pursuit of the five roses.

Part 2 : The Sun King --- The Castle of St-Germain-en-Laye in Paris in the year 1666.
In the reign of Louis XIV alias the Sun King, Henriette who married to the king's younger brother, competes with Queen Marie-Louise for the king's favor, and their respective entourages are also involved in this competition. Louis ignorant of the ladies' rivalry is devoting his attention to the ballet. On the day of the royal audition for the part of Muse in the newly composed ballet Apollo and Muse, Marie-Louise wishes that her lady-in-waiting be selected for the part, while Henriette wants her lady-in-waiting to be chosen. Louis' rehearsal-room-cum-theater begins to fill with people. Louis who has been looking for a dancer better than him takes notice of Francis in a group of gypsy dancers. Louis is so impressed by Francis' dance performance that he employs Francis as his private dancing master. The audition starts with Francis as the president of the board of judges. Charlotte of Henriette's entourage wins the part of Muse. Much vexed, the queen demands an explanation from the judges as to why there is only one Muse. She at last makes the judges accept her lady-in-waiting Mireille to also play the part of Muse. That night, the queen comes up to Francis and asks him to coach Mireille first and better. That same night in the room of the king's younger brother Philippe, Mikhail disguised as Madame Noir along with some ministers perform some table lifting, a kind of black magic where spirits of the deceased are called forth. Philippe devises every stratagem against Louis with an eye on the throne. By kissing the lady-in-waiting Charlotte given the part opposite Louis, Mikhail makes her a half-vampire and sets her free in the castle. She takes souls out of persons one after another until Francis helps her come to her senses. After learning what happened to Charlotte, Francis wonders who Madame Noir really is. He considers means to unmask Madame Noir on the stage of Apollo and Muse.

Part 3 : A Tango Club --- Berlin in the year 1934.
On a street in Berlin one night, Francis living as the Russian marquis in exile Aleksei Korsavsky helps Hans, a Jewish activist pursued by the Nazi shock troops. Hans has failed in running away from Germany. Francis leads him to a tango club named Rosenkreuz, which is frequented by many shock troops including Captain RÃ¶hm in addition to various men and women. However, the club is a cover for the activists helping Jewish intellectuals and artists wishing to flee Germany. The activists include such persons as the club's proprietress Madame Helga, the club's Jewish star dancer Emile and his younger sister working as a singer in the club Paula. Francis gives them a hand as a patron of their activities. In those days, the shock troops persecuting the Jews are attacked by a vampire one after another. Paula talks big that she is willing to have her blood sucked out by the vampire. As Francis mimics the vampire for fun, Paula declares that she loves him. However, he tells her that he once loved a woman from the bottom of his heart and that he may love only somebody who is capable of kindling more passion in him than she had. Then, Helga approaches Francis and tells him that Baroness di Frasso, a patroness of the club, is waiting for him in another room. There he finds Mikhail living as Lieutenant Colonel Kaiser of the Schutzstaffel (SS). Mikhail aiming at conquering the world invites Francis to together find the five roses and put the world under the rule of the vampires. Francis positively declines the invitation. RÃ¶hm and his shock troops besiege the club suspecting that Francis is the vampire assaulting the shock troops. RÃ¶hm and his shock troops besiege the club. They have brought along with them a vagrant who earlier saw Hans, and suspect that Francis is the vampire assaulting the shock troops. As RÃ¶hm is trying to catch Francis, Mikhail returns to the club with his SS members. Mikhail says that Francis must be a vampire if he can't be shot dead. The shock troops point their guns at Francis.

Part 4 : Sweet Vampire --- The Monastery of Roses in the year 2003.
Back to the year 2003, Mikhail shows up in the ruins of the Monastery of Roses. He now lives as President Michael Burton of Ever-Life making rejuvenating supplements. He still dreams of maximizing his power by gathering the five roses and conquering the world. He is helping to rebuild the Monastery of Roses so as to make the monastery his secret strategic point. Jennifer engaged to Mikhail comes up to join him. While talking with her, Mikhail notices the corsage of roses she is wearing. The local non-profit organization Sweet Vampire also is working hard for the reconstruction of the monastery. It has invited Francis living as Andrew F. Jones, an examiner of the World Heritage Committee. When Jennifer sees Francis, she becomes aware that he looks like the vampire she had seen in her dream. Francis is interested in her corsage of roses just like Mikhail. She says that the corsage is a memento given by her grandmother. Francis then tells her of the monastery's cross tangled with the five roses. She notices the roses tattooed on his hand and suspects that there is some relation between Francis and the vampire her grandmother Paula spoke of. All of a sudden, Mikhail emerges out of a flash of light and takes her away, locking Francis in a frigid hibernating cell shaped like a capsule. Jennifer is successful in finding Francis and learns that Mikhail is a vampire possessed by an evil soul. Mikhail finds out Jennifer and performs a ritual to make her his woman. He deprives her of her consciousness, taking her away with him. Nicolas finds out Francis trapped in the cage. Imprisoned in the cage, Francis can do nothing. In the ruins of the monastery, the preparations are well under way for the charity events. Clifford finally chooses Jennifer as the player of his opposite role in place of Cassandra. At last A Vampire's Requiem begins. Jennifer made half-vampire playing the role of a beauty lies on a couch on the stage. However, instead of Clifford, Francis comes on the stage, throwing the theater into an uproar. Francis confronts Mikhail anew.