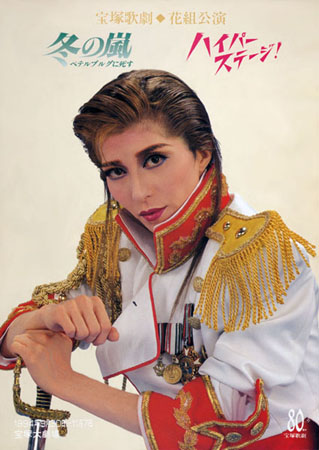 The story opens in Paris in the early years of the 19th century. Herman Mayer, a poor Russian poet, is selling books of his poetry on the street in the falling snow. Khariovstrof and Tarbis, two mysterious-looking men, approach Herman and tell the poet that if he wants to live the rest of his life in luxury, they can help him. Just at that moment, some ruffians attack a nearby man. Herman rushes to the rescue. The man he saved is Andre, a Russian aristocrat. In the crowd that runs to the report of a gun Herman finds an old school friend he hasn't seen for years, Michael. Herman makes up his mind to go home to Saint Petersburg.

With Andre's help Herman becomes a second lieutenant in the Imperial Russian Army. On one fine summer day Herman meets Andre's fiance, Lisa. Herman falls in love with Lisa at first sight. Herman wants to be loyal to the man who has helped him but he can not forget Lisa.

Lisa is the stepdaughter of Countess Fedothovina. Herman hears a rumor that the Countess knows a gambling secret called "The Three Cards" which is a certain winning technique. Herman loves gambling but he has never had any money to play so he just watches. He is fascinated by the rumor but his interest in Lisa is pure. He writes a love letter to her. Lisa is confused by this unexpected attention. Herman spends so much time waiting and watching outside the Countess's home that people start to talk. Lisa replies to Herman's letter and begs him not to write again.

Herman refuses to give up. He writes Lisa to meet him at the Cafe Mariana. Lisa decides it is best to meet Herman to convince him to forget about her. But by coincidence Andre sees Lisa and follows her to the cafe. He had heard the rumors but he had not believed them until now. Much to her own surprise Lisa is deeply moved by Herman's confession of love. After she leaves the cafe Andre, who is outraged by the double betrayal, challenges Herman to a duel. The Grand Marshal of the Imperial Army refuses to allow the fight. Andre is furious and breaks off his engagement to Lisa.

Lisa is now in love with Herman. She writes Herman and tells him of a chance to meet. Herman secretly comes to meet Lisa. But the Countess comes home much earlier than expected. Herman runs into the Countess's room and hides. Herman realizes that he has a golden opportunity to learn the secret of "The Three Cards". He jumps out of hiding and demands that the Countess tell him the secret. The Countess dies of shock and fright. When Lisa finds out what caused her step-mather's death she assumes that from the very beginning Herman was only interested in the gambling secret not her. Herman protests his love is true but Lisa is overcome with grief and broken-hearted.

After the Countess's funeral, Lisa's tutor, Olga, brings Herman a letter. Lisa wants to know how Herman feels about her. She asks him to come to the Winter Canal by twelve midnight tonight. Herman tells Olga that he will be there.

On his way to meet Lisa Herman sees the ghost of the Countess in a church. The Countess tells Herman that if he will promise to marry Lisa she will tell him the secret of the cards. When Herman hears the secret he is so excited he forgets all about the time. Olga arrives with the sad news that Lisa jumped into the canal and killed herself.

After Lisa's death both Andre and Herman spend some time in seclusion away from Moscow. Andre has decided to leave Saint Petersburg which is now full of painful memories and go to America to start a new life.

The two men meet at the opening of a new casino by the most famous card dealer in all of Moscow. Herman gambles for the first time in his life. With the secret of "The Three Cards" he wins and wins and wins. Finally, Herman bets all his winnings against Andre.

Herman is sure the key card is an Ace but to his great shock it is the Queen of Spades. Herman sees the ghost of the Countess laughing at him. Herman falls. His pistol goes off accidentally and Herman is killed.

Khariovstrof and Tarbis feel sorry for poor foolish Herman. He almost got the life of luxury they had promised him that wintry day long ago in Paris. The wicked pair set off to find someone new to help.

Takarazuka's Flower Troupe presents a unique performance, a Dance Variety Show, to begin the celebration of The 100th Anniversary of the Takarazuka Revue.


Scenes 1-2 Hyper Submarine
A submarine glides into port. The crew releases all their long pent-up energy in a dance to celebrate their safe return to dry land.

Scenes 3-4 The Road Battle
Dancers at a gas station build up a high sense of rivalry. The natural outlet for all this energy is at a race track.

Scenes 5-6 A Tunnel of Ghosts
A new tunnel is opened on a modern Japanese highway. The tunnel was built through a graveyard. Angry at being disturbed the ghosts become Vampires. The Vampires get set for revenge as they dance to a Japanese rock and roll beat.

Scenes 7-9 Jungle
A couple drive their jeep along a foggy road. The fog is so heavy they get lost and have to stop until the fog clears. They find themselves in an ancient jungle surrounded by animals enjoying themselves at a jungle carnival.

Scenes 10-12 St. Elmo's Fire
A young man rushes into an amusement park at night. He is late for a date and his girlfriend, tired of waiting, is riding on the pirate ship. When the youth catches up to her he discovers that his girlfriend has been captured by the wax doll pirates. He has to fight to win her back.

Scenes 13-14 Harbor Land
Young boys and girls dance in a grown-up atmosphere on a pier under the night sky.

Scenes 15-16 Finale
Sailor girls form a thrilling chorus line and dance to the stirring chords of the finale music. The show closes with Takarazuka's traditional glamorous promenade on the grand staircase.