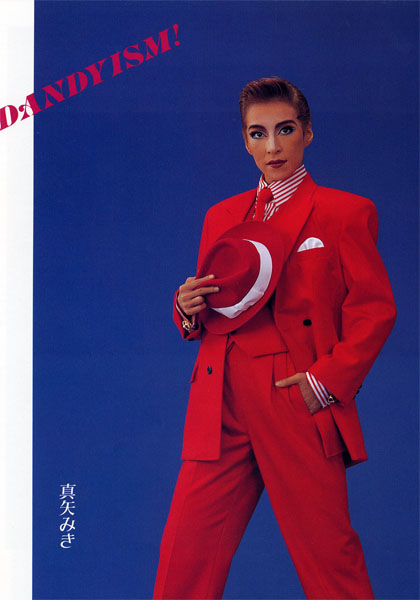 In Salinas, California — a place known for its beautiful, wild nature — Adam raised singlehandedly his twin sons Caleb (CaI) and Aaron. The elder of the two, Aaron, was a sincere young fellow who had the trust of his father, but younger Cal was defiant and a worry to his father. Adam was always comparing the two, and he was constantly praising Aaron while blaming Cal for this and that. Cal thus came to believe that he was not loved by his father. And his loneliness only grew when he saw Aaron and girlfriend Abra showing affection toward one another.

One day, Cal learned that his supposedly dead mother Kate was still alive, working as landlady at a local brothel. He followed her when she came into town, but Kate, who went into a bar, noticed Cal following her and asked Joe the bodyguard to send him away.

At that time, Adam was starting up a new business involving the transportation of frozen lettuces. He even bought a refrigeration plant as part of his plan. Cal insisted that they would earn more money dealing in grains rather than vegetables. On the contrary, Adam said that his aim was not only to make profits. Conflict over this matter did not help the relationship between father and son. Then Cal witnessed Aaron and Abra embracing one another at the company and out of sheer jealousy set the sawdust on fire. Adam tried to talk with Cal, who would not apologize. Instead, Adam was forced by his son to address the issue of Kate's still being alive. They did not get far with this discussion either, and parted arguing.

Cal left to visit Kate again. He managed to sneak into the brothel this time, asked another woman Ann where Kate's room was, and went there. But Kate called Joe again and handed Cal over to the sheriff to get rid of him.

Lee, a servant in the Trask household, and Horace the sheriff knew all about the past of Adam and Kate. When Cal heard from Horace that Kate deserted Adam, he felt the blood of Kate running through his body and a real hatred toward her.

Cal worked hard to win his father's love. Meanwhile, Adam's freight train carrying the frozen produce commenced its first journey. However, this business was short-lived because the train was stopped by an avalanche.

Cal thought that he could attain love from his father by recovering the losses from the failed business. He thus sought advice from Will, and started dabbling in kidney bean futures contracts using funds borrowed from Kate. As Will predicted, the United States joined the First World War, and the price of kidney beans suddenly soared. This made Cal a rich man. In contrast to unsettled Cal, Aaron's emotional well-being suffered enormously in the inhumane environment of war.

The war escalated, and one day when Cal was visiting an amusement park he happened to see Abra caught by soldiers, and rescued her. She had a date with Aaron on that day, but had come there ahead of the time and consequently met with this fate. Cal and Abra immediately felt at ease with one another, and got on a Ferris wheel together. Abra, who was not sure of her love for Aaron, felt attracted to Cal. At that moment, anti-Germany protesters and an immigrant from Germany, Fentchel, began arguing at a square under the wheel. Aaron tried to stop the commotion all by himself. Though Cal went to help Aaron, that just intensified the fight. Aaron, who
abhorred violence, blamed Cal, and an angry Cal hit Aaron. Abra looked on with concern as Cal committed acts which did not reflect what was in his heart.

On Adam's birthday, Aaron announced his engagement to Abra, which made Adam happy. Cal presented a congratulatory gift of cash which he had earned from his kidney bean dealings. Adam, however, refused to accept it, saying that he did not want money which had been made as a result of the war. Cal, who had expected Adam to welcome his present, was driven to despair by his father's rejection, and rushed out of the house knocking over chairs in his fury. Concerned for Cal, Abra followed him and hugged him as he cried under a willow tree. Aaron then appeared and strictly ordered Cal not to make advances to Abra.

Cal's sadness, which came from his inability to win his father's love, turned to a hatred and jealousy of Aaron who monopolized all of Adam's love. Cal forced Aaron, who was unaware of anything, to meet Kate. Aaron was so shocked and disoriented that he volunteered to enter the army — his only escape. He was about to get on a train to the front line with other soldiers when Adam, having heard of the news, hastened to the station. Adam tried to stop Aaron, who just laughed hysterically and got on the train. Adam was so shocked that he collapsed there and then.

Cal could not bear the pangs of guilt. He begged his father's forgiveness, but Adam's face remained expressionless. Abra appealed to Adam at his bedside, explaining how Cal was craving to be loved by his father. When Cal returned to Adam's side, Adam put his mouth close to Cal's ear and said with great effort, "You are the one to nurse me back to health." Cal's eyes filled with tears on hearing these words. Cal sat beside Adam contentedly for a long time after that, simply appreciating this long-awaited love from his father.

This is a variety show based on the theme of men's attractiveness: their aesthetics, courage, devotion, loneliness, dreams, principles and the impact these characteristics have on women.

Many dandy men dance to a strong beat.

Mr. Dandy, riding a crystal wagon, descends from the ceiling to the stage and sings the show's theme song.

Everyone sings the theme song.

Scene 4 Floating in the Big City

A sad prelude can be heard. Mr. Dandy, in a Bogey-style coat, finds himself in the spotlight. He wanders through city streets looking for true love.

British gentleman, along with four other young gentlemen, sing about dandyism.

A starry-eyed girl, Judy, is writing a fan letter. She sings of her admiration for Mr. Dandy.

The stage becomes a drinking bar in New Orleans. Mr. Dandy, Judy's idol, returns to New Orleans. He is playing the role of a hustler. He sings and dances with the men and women of New Orleans.

Dreamers in New York (whose dreams are yet to be realized) are having a wild, rowdy party at an underground meeting place. Mr. Dandy is disguised as a dreamer.

Judy's dream comes true in her dream: Mr. Dandy becomes a young nobleman and she a lady. They dance together in the light of a big candle.

Young gentlemen wearing a cancan hat and a tuxedo appear on stage, moving to light, swinging music. They begin to sing stylishly.

Scene 10 B The Continental

The man of Continental ~ Aika Mire

Music from Hollywood of the 1930s and 1940s livens the stage, and a carioca gentleman in black tails sings dramatically.

The carioca gentleman and the carioca lady dance a duet.

Everyone sings in chorus, with the carioca gentleman and the etoile leading.

Sad bandoneon music opens this scene. Two "hard-boiled" men appear in the spotlight and dance the tango in a magical way.

The tempo of the music speeds up, and the stage changes to incorporate a huge wall. The hard-boiled singer starts singing. Then sixteen men dance, taking sharp steps.

A harlequin is charmed by Madonna's beautiful voice. Madonna is surrounded by admirers, and after she receives a bouquet she leaves in laughter. The harlequin picks up a fallen rose from the ground, and holds it lovingly to his chest as he sings sadly.

The rocket dancers appear from behind the Dandyism panel and dance to light music.

Parade by all the cast.