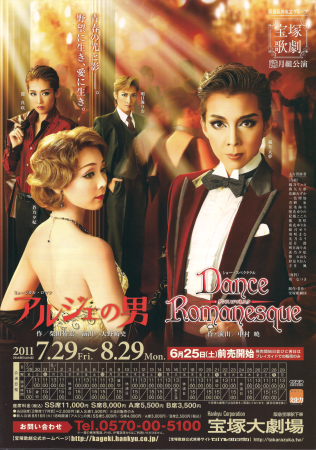 The Man from Algiers:

The Man from Algiers

Julien loses the bet the following day. He fails in the attempted theft and is arrested by Monsieur Bollinger. Julien prepares for the worst, expecting to be turned over to the police. However, Monsieur Bollinger sees promise in Julien's eyes, as they burn with ambition, and speaks to him about leading a proper life for a man, persuading him to work as a member of his staff. Julien, whose heart has been stirred by the Viceroy's passion, decides to devote his life to him.

Julien starts working as Bollinger's chauffeur. Two months later, he follows his boss to Paris as a new Viceroy is rotated in. Sabine suppresses her sense of loneliness and gives Julien, who has just seized a foothold on his way to glory, a secret push on the back.

That night, Duchess Chardonne, the hostess of the party and a woman who wields immense influence in fashionable circles, sees hope in the ambition-filled eyes of Julien, and asks him an ardent favor - to provide some womanly happiness to her blind niece Annabel. Annabel has lost her parents and lives a quiet life together with Henri Claudel, who once worked under her father. Should a man ever come forward to marry Annabel, then that man's own future as a political figure would be guaranteed. These words, spoken by the Duchess, rekindle the flames of Julien's ambitions.

Energetic group dancing, dramatic story dancing and romantic duets: This show is composed of variety of dance scenes with the theme that dance can transform a moment into an eternity. The charm of the Moon Troupe, which brims with power, explodes on the stage.

A stage projecting the kaleidoscope of the world. Riding on a rock theme, the scene unfolds through solos, duets, and formation dances. Beginning quietly with the entrance of Romantic Man S, it explodes with energy through the otokoyaku formation dance and entire group numbers to the very end.

Leo and Millie, who have lost their way, enter an uninhabited mansion and fall asleep. When Leo comes to, he can't find Millie. Then the master of the mansion, Count Blood, appears and uses his magic stick to draw out and force imprisoned men and women to dance. Leo spots Millie amongst them and fights Count Blood to save her. At first he appears to have also become ensorcelled, but the talisman that Millie gave him when the chain broke protects him and he manages to defeat the count.

Quasimodo is the bellman of Notre Dame Cathedral. He sings that someday he will perhaps understand the reason he was born, despite his deformation. While Quasimodo watches the gypsy woman Esmeralda dance, Captain Phoebus appears. When Phoebus sees Quasimodo's beloved Esmeralda and wants to make her his possession. In order to save Esmeralda, Quasimodo fights Phoebus. Both men die in the sword fight, but Quasimodo ascends to heaven, freed at last from the defects of his birth.

Tsukiiro Danshi is a K-pop style idol group, lead by MIRIO. They sing and dance with sex appeal. Which one is your prince?

A standard dance number with a Latin arrangement.

In search of some nameless thing that calls to them, Albin the seagull takes flight over oceans never before seen. Caught up in the desire for this thing, other seagulls join him, one by one, beginning with Ell. A terrible storm batters the seagulls. At the end of their strength, the seagulls no longer have the energy to take flight. But when Albin and Ell take heart and begin to fly, they are encouraged once more to join them in soaring across the sky.

The Finale Man appears and sings of the miracle of that instant of meeting, then the Finale Women appear and dance for that miracle of life and wonder.

Otokoyaku in tail-coats appear. They dance in formation to a bolero, with Bolero Man S at their center.