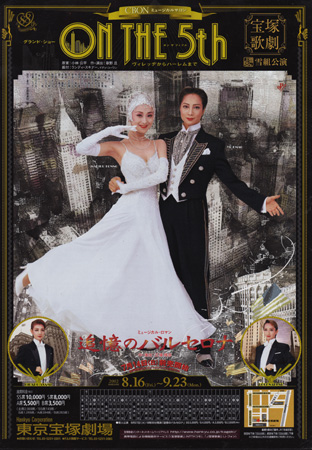 In the early 1800's, Las Ramblas in Barcelona is very lively with a crowd enjoying the carnival. Francisco is among the crowd with his fiancee Cecilia and best friend Antonio. While there, his house servant Feijo comes up to tell Francisco that he has been called into the army by King Carlos because France has declared war against Spain. Francisco is an only son of the Austorias, a local noble family of influence. Francisco bids Cecilia farewell and goes to the front with Antonio the next day.

French forces cross the Pyrenees despite the Spanish forces' desperate resistance. Francisco is severely wounded in combat and lingers on the verge of death. When he comes out of a coma, he finds himself in a gypsy camp, and Isabel, a young gypsy woman, anxiously watching him. She tells him that Roberto, a gypsy man of her group, found him lying badly injured and that she has been caring for him. However, Francisco has lost all memory of the past and cannot even recall his own name. Miguel, chief of the gypsies, consoles him by saying that he will one day be able to return to the place he belongs to so long as he lives. Little by little Francisco adapts himself to the gypsy's free and joyful way of life.

Antonio is taken prisoner and chooses to collaborate with the French forces in order to survive. Now that Spain has surrendered to France and has accepted French rule, the French occupation forces bear hard on local nobles with a view of eradicating national liberation movements. Asenoile, Commander of the French army, and Captain Jean Christophe have charged Antonio to persuade hostile nobles in prison into accepting French rule. One of such nobles is Leopoldo Austoria, Francisco's father. He prefers to be executed upon his honor of being a Catalonian noble rather than surrender to French rule. Until the last minute before the execution, he worries about the future of the country and about his only son whose life he despairs of. Seeing the attitude of Francisco's father, Antonio cannot but reflect upon the choice he made in order to live.

Francisco completely recovers his memory, and Isabel comes to know his true identity. Although she feels sad, she understands that she should make some distance between them and is successful in hiding her sentiment. Francisco is now aware that he cannot return to Barcelona, as he is an officer of the Spanish army. Isabel suggests to him to go to Barcelona using the occasion of the coming carnival. On the carnival day that is exactly one year after the day he was called into the army, Francisco disguised as Black Tornado, a gypsy legendary hero, again sees Cecilia. She is married to Antonio. A few days later, Feijo comes to the camp where Francisco is staying and tells him that Leopoldo has died. He also lets him know that Antonio was successful in convincing Cecilia's father to accept French rule and therefore in saving his life. Francisco mutters to himself that he has come home too late.

Francisco assumes that Cecilia had no one to rely on but Antonio, and that Antonio had no choice but to become a collaborator of the French forces in order to survive. He thinks aloud that war is to be blamed.


Act 1-3 : Prologue A-C
Before the skyscrapers in Manhattan, performers sing and dance to famous jazz numbers played one after another.


Act 4 : Village On the 5th
Shine, an Indian girl, all the way from her country stands in front of Washington Square Arch in New York.


Act 7-9 : Night On the 5th A-C
Shine without money and transformed back into the country Indian girl is kicked out of the shop. Then comes Mr. Fifth, a star of the quarter, with whom Shine at first glance falls in love.


Act 10-13 : Meet On the 5th A-D
Mr. Fifth recognizes her and at a glance feels strongly attracted to her.


Acts 14/15 : Meet On the 5th (Chorus line)
The hearts of Shine and Mr. Fifth unite and change into a brilliant star. Out of the star, chorus-line dancers show up one after another to form a gorgeous chorus line.


Act 16 : Park On the 5th A
The white carriage carries both Shine and Mr. Fifth to Central Park. They are in the mood of love and sing and dance their happiness.

Act 18,19 : Prayer On the 5th A,B
The song mourning the 3,290 victims of the fallen Twin Towers is offered in Saint Patrick Church.


Act 20 : Harlem On the 5th
At the Harlem subway station.


Act 23 : Grand Parade
At the grand staircase, a grand parade in the style of revue unfolds.


Act 24: Parade On the 5th
The show ends with a shower of confetti.