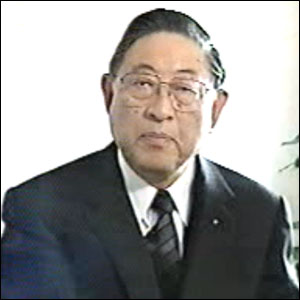 Kobayashi Ichizou's first son died young. His second son had been fostered out to the Matsuoka family. However, Ichizou's third son and heir (Kobayashi Yonezou) had no children and so adopted his brother Matsuoka Tatsurou's daughter Yoshimi as his own. Kouhei married Yoshimi and was made Yonezou's heir. He served as president of the Hankyu Corporation and principal of the Takarazuka Music School, among other things. He was also a writer under the pen name of 公文健.