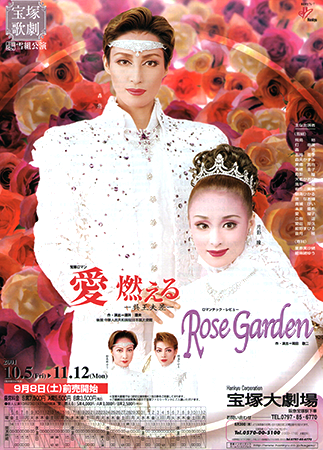 In the Chunqiu (Spring and Autumn) Period, after King You is murdered, the Zhou dynasty loest authority and becomes no more than a name. Large feudal lords on the outskirts of the empire start making a new order by themselves. They fight for supremacy, using any means possible. The days of coexistence ends, and the days of war without honor starts.

Two of those feudal states, Wu and its neighboring Yue, war against each other in such a desperate way that later, the expression, "to fight to the last like Wu and Yue", originates. However fiercely and repeatedly Prince Ho Lu of Wu attacks Yue, the Prince of Yue stands against the attacks and refuses to surrender. Neverthless, the Prince of Yue dies is succeeded by Gou Jian who strikes back and delivers a crushing blow to Wu's forces due to the bold but subtle stratagem worked out by Fan Li, his excellent advisor.

Fatally wounded by Gou Jian, Prince Ho Lu begs his son, Fu Chai, to take an oath that he will not forget his father's grudge and will avenge him one day. From that day on, Fu Chai decides to sleep on hard firewood in order to remind himself of his father's will and grudge. He makes an earnest attempt to build up a strong army and to become a national power. Fu Chai watches for an opportunity to destroy Yue.

Eventually, Wu's forces crush Yue's forces at Mt. Hui Ji. However, Fu Chai fails to kill Gou Jian, his archenemy. Weary of the days of war, he considers his victory at Mt. Hui Ji equal to avenging his father's death. On the opposition side, Gou Jian follows Fan Li's advice to allow time for Yue to recover enough power to take revenge on Wu.

Accordingly, he surrenders to Fu Chai and begs him to make Yue his vassal state. Wu Feng, Fu Chai's loyal retainer, sees through the plot and tries to warn his prince in vain. Prime Minister Bo Pi, who has been bribed by Fan Li, manages to keep Fu Chai distracted. Gou Jian presents Xi Shih, the fairest of the fair, to Fu Chai as a token of Yue's allegiance. But, in fact, Xi Shih's mission is to spy and undermine Wu. Fan Lin whom she has been attracted to since childhood persuaded Xi Shih beforehand to work as a spy for Yue. She comes before Fu Chai, determined to act as a living doll. As soon as he sees her, Fu Chai is fascinated by her beauty which reminds him of a beautiful flower in its glory. Then, he recognizes that he shares with her the sorrow and disconsolation of people living in time of war and feels further attracted to her. Xi Shih is perplexed by Fu Chai's gentle way of looking at her as she had assumed that he must be a grim person since he destroyed Yue. Over time, she gradually feels attracted to him, although she is reminded of her task by Fan Li who visits her from time to time and by Bo Pi who misleads Fu Chai. The more she is really taken to Fu Chai, the more she is afflicted by the dilemma between her love for Fu Chai and her task.

In fact, Fu Chai does not take Xi Shih on trust at first. Wu Feng also has suspected her as Yue's spy from the first beginning. However, for the first time in his life, Fu Chai finds peace of mind thanks to the presence of Xi Shih. He disregards the doubts and rumors his entourage retains about her. Although this period of time requires him to be strong and aggressive, Fu Chai longs for a peaceful and happy life. And Xi Shih brings him happiness .

As Fu Chai's excessive affection for Xi Shih starts scandalizing the people in the court, Xi Shih begins to fear that she will lose Fu Chai's trust and love. Some nobles and officers boldly show her their suspicions. By witnessing Bo Pi defending Xi Shih in Fu Chai's name and warmly receiving Fan Li, Wu Feng is confirmed in his belief that Bo Pi is being bribed by Yue. However, Fu Chai by no means listens to Wu Feng, who is now seriously concerned about his country's future. He decides to make a peace offer by secretly sending his younger brother, Wu You, to the princedom of Qi in anticipation of an eventual war with Yue. In addition, as he thinks Xi Shih leads Fu Chai astray, he carefully develops a plan to have Wan Hua, a female dancer of the court, assassinate Xi Shih.