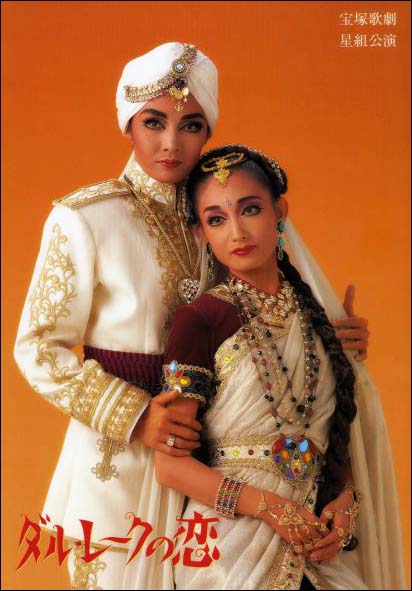 
†Even though the character is transliterated as “Rachman” in the 1959 English language programme, as it appears not to be an actually existing Indian name, it is possible for the actually intended name of the character to be “Lakshman”.

The truth has been revealed and Krishna's wife is worried now about their having rejected Rachman's advances to Kamala, since he is the son of a wealthy and influential Maharajah. Krishna assures her that Rachman loves Kamala and will be back. The Maharajah Chandra admits that he would rather like Rachman as a son-in-law, and in fact the whole family is behind the idea now. Kamala takes heart. Rachman's return is announced, and the family withdraws strategically, with Krishna telling the Maharajah that they need to give Rachman privacy to propose.

After the end of the musical, there is a short revue section with several very snazzy dance numbers with Indian-themes, as well as the line dance and a trio dance. The etoile for the parade is Akisono Mio.