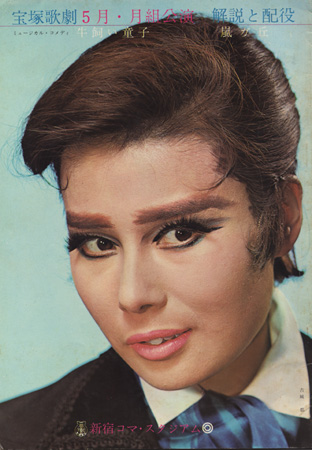 
The Tale of a Cowherder Cast


The Tale of a Cowherder

A Japanese story set in ancient times. Goromaru, a child of a cowherd, was in the employ of Chuu-nagon's family of aristocratic lineage. In this family, there were three young daughters. The eldest one, named “Yarusena-hime,” was the daughter of the family's former wife. The younger daughters were the children of the second wife. Yarusena-hime was especially beautiful in countenance and was unusually gentle at heart. She, however, was tormented by her step-mother, a woman of unyielding spirit, as well as her sisters, born of the second mother.

Chuu-nagon's wife ordered her daughters to join the Shell Contest, hoping eagerly that one of her daughters would become Sakon-no-Shoushou's wife. However, the daughters had only ordinary shells and she knew of Yarusena-hime's curious shell.

She knew that Yarusena-hime possessed the shell as a last gift from Yarusena-hime's real mother, and bid one of her lady attendants to secretly steal the shell.

In the meantime, Yarusena-hime married into the Sakon-no-Shoushou's family, which happened to be of higher court rank. Goromaru was much delighted by this happy event. However, tears rushed to his eyes...

In Yorkshire, with spring near at hand....

Ellen, who had formerly been a housekeeper for the Earnshaws, was reciting a sorrowful story involving the Earnshaws to Charles, a millionaire, just back from London.

The story, indeed, dated back 70 or 80 years. The Earnshaws, renowned throughout Yorkshire, included Hindley, the older brother, and Catherine, his younger sister, who was pretty beyond description. Attended to and served by a great number of servants and maids, they led a life of happiness and contentment.

One day, Mr. Earnshaw, the master, returned from an extended trip - but was not alone. He brought back with him a young man, dirty and shabbily clothed, named Heathcliff.

Mr. Earnshaw, with a tender heart, had found Heathcliff living on a Liverpool street at the brink of starvation. He intended to treat Heathcliff not as a servant, but in the same way he would his own offspring.

Now, Hindley was a particularly proud person and looked down upon Heathcliff with scorn and derision, treating him maliciously. After all, no one really knew where he had been born.

Heathcliff refused to meekly obey Hindley's dictates, retorting with obvious resistance. It was unavoidable, thus, that the Earnshaw estate's peace and tranquility was disturbed.

Catherine, the sister, was different. She, alone, proved to be an ally of the young man and stood by his side.

It then happened, one day, that the old Mr. Earnshaw died suddenly of a heart attack. Hindley was now the master and took over the entire estate. The first thing he did was force Heathcliffto live in the stable, while he abandoned himself in the pleasures of alcohol.

Catherine, in the meantime, had become attracted to Heathcliff's strong and masculine personality, coupled by his inclination towards solitariness. She began to frequent the table where the unhappy young man was virtually imprisoned. Thus, their mutual affection rapidly deepened.

It happened one night that the Linton's, another Yorkshire family with a reputation and respectability that matched the Earnshaws, were holding a gala dance party.

Catherine, of course, was invited to the function. However, there was no invitation for Heathcliff, who lived in the stable. Anxious, however, to see the party, the lovers dared to sneak through a window of the Linton mansion. A shot rang out and Catherine was hit in the foot by a bullet, wounding her. The truth was that the Linton's guard had mistaken the lovers for a bear!

Catherine was brought into the Linton mansion for medical care.

Five weeks passed by and Catherine could walk without the help of crutches. She had now grown into an extremely beautiful girl with a temperament even brighter than before. However, her sentiments had undergone a delicate change in the meantime. Her heart had been attracted by the sociably refined amorous approaches of Edgar, the Linton's eldest son. Amidst blessings, the two lovers were united in a solemn wedding ceremony.

Heathcliff left the place and nobody knew where he went....

Hindley did not change; he was still devoted to drinking. Catherine, together with her husband Edgar, led a life of peace and happiness...

Just at this juncture, Heathcliff showed up. He had grown into a professed gambler...