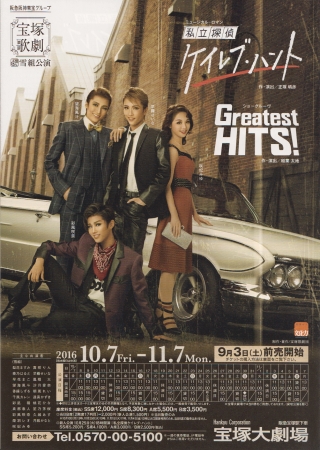 
Caleb Hunt, Private Eye
During the course of an investigation, private detective Caleb Hunt visits a studio where he witnesses an accident resulting in the death of an actress. Following this incident, Caleb meets with Jim Creed and Kazno Hammer, co-owners of the detective agency he works for. The three discover through the meeting that all of their current investigations involve a company called Max Actors Promotions, leading them to further investigate the company. That investigation sees them questioning a married couple from Mexico who have been unable to get in touch with their daughter. Caleb, leaving the investigation to Jim and Kazno, hurries to visit Horatio, his detective friend and confidant, and to greet his former brother-in-arms, Nigel, who is facing his own troubles with the law. Afterwards, Caleb meets his girlfriend, Yvonne, at a restaurant to celebrate her birthday. During the meal, Yvonne’s concerns for Caleb and his dangerous profession—and the strain those concerns are having on their relationship—come to light. The following day, Caleb is updated on Jim and Kazno’s investigation into Max Actors Promotions. Caleb gets a bad feeling about the company’s president, Maximilian. Looking into the matter further, Caleb discovers a photo of particular interest. That photo, left behind by the Mexican couple looking for their daughter, shows the face of Adele, the actress who had died in the studio the previous day. Because Adele belonged to Max Actors Promotions as an actress, Caleb begins to feel a dreadful darkness brewing just around the corner and heads to Maximilian’s mansion for questioning. There, he unexpectedly runs into Yvonne. Caleb learns that Maximilian asked Yvonne, a stylist, to draw up new fashion plans for his resort club. Once the two are alone, Caleb pleads with Yvonne to break off all contact with Maximilian as soon as possible. Yvonne, however, can’t afford to pass up the job opportunity and refuses Caleb’s request. Convinced that Maximilian is involved not only in Adele’s death but also in numerous other incidents, Caleb swears to see the investigation through to the end. Meanwhile, now that he knows detective is sniffing around, Maximilian doubles down on being extra vigilant, even while exposing a new and particular behavior...


Greatest Hits!
The Takarazuka Revue’s signature Show Groove features a mesmerizing and rousing collection of popular standards. Opening with a prologue highlighting spirited soul music, Greatest Hits! features scenes with popular Christmas songs and other masterpieces that enjoyed great popularity in their day yet continue to tug at our heartstrings. The greatest of the Snow Troupe performers, led by the hot and sexy yet composed Seina Sagiri, combine glimmering harmonies with glamorous dance.


Any other interesting or important stuff.