Loading...
The Man From Algiers / Juju
READ THIS BEFORE EDITING THIS PAGE 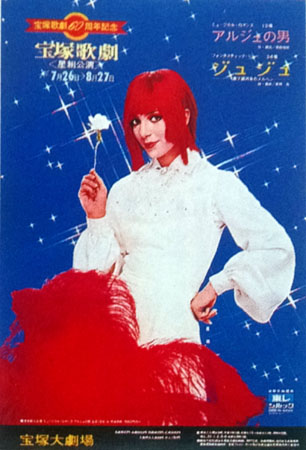 The Man From Algiers:

The Man From Algiers

Julien loses the bet the following day. He fails in the attempted theft and is arrested by Monsieur Bollinger. Julien prepares for the worst, expecting to be turned over to the police. However, Monsieur Bollinger sees promise in Julien’s eyes, as they burn with ambition, and speaks to him about leading a proper life for a man, persuading him to work as a member of his staff. Julien, whose heart has been stirred by the Viceroy’s passion, decides to devote his life to him.

Julien starts working as Bollinger’s chauffeur. Two months later, he follows his boss to Paris as a new Viceroy is rotated in. Sabine suppresses her sense of loneliness and gives Julien, who has just seized a foothold on his way to glory, a secret push on the back.

That night, Duchess Chardonne, the hostess of the party and a woman who wields immense influence in fashionable circles, sees hope in the ambition-filled eyes of Julien, and asks him an ardent favor - to provide some womanly happiness to her blind niece Annabel. Annabel has lost her parents and lives a quiet life together with Henri Claudel, who once worked under her father. Should a man ever come forward to marry Annabel, then that man’s own future as a political figure would be guaranteed. These words, spoken by the Duchess, rekindle the flames of Julien’s ambitions.

Set in a galaxy far from Earth, this revue shows was created referencing "The Little Prince" and Tezuka Osamu's "Phoenix." Ootori Ran plays a lonely Juju that longs for it's mother. Terada Takio created the lullabies.