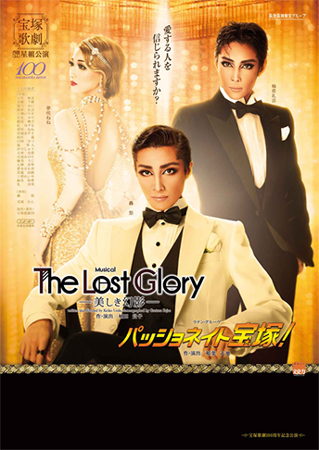 It is the summer of 1929. With the end of World War I well behind it, New York in America is lapping up the good times. Otto Goldstein has managed to achieve the American Dream, becoming the envy of all, in this city where people from a variety of countries and social classes come to seek their dreams, hopes and pleasures.

Otto came to America as a Greek immigrant. After obtaining the backing of the Lyman conglomerate, he founded Goldstein America Corp. Currently known as a "the king of construction," his name is well-known throughout America. Goldstein Corp. will launch a new company for the construction of the Lyman Building, and a press conference is held to announce it. The project, which if successful could become a new landmark and the pride of New York, has been a huge challenge for Otto. Curtis Dunford, the son of a Senator for New York, is appointed to serve as the new company's President.

The name of the company is "Deanna Goldstein," it is announced. Otto has named the company after his beloved wife, Deanna Campbell, a daughter in one of America's foremost families and who has been living the freewheeling life as an artist. The pair register their marriage in a surprise move. New York's newspapers go crazy over the shock news, sending shares in Goldstein Corp. to record highs. However, one man is watching Otto as he enjoys his crowning moment. This man may appear calm on the outside, but inside he rages in anger and hatred. He is Ivano Ricci, Otto's right-hand man. That he was passed over in favor of the inexperienced Curtis as President of the new company was an unexpected development.

The reason for the decision was that the conservative shareholders would never accept Ivano, regardless of how fine a character he might be, what with him being the son of an upstart Italian and his mistress. Ivano has nothing but contempt for the background of his birth, despite having been an upstanding person since childhood. Fired by ambition and harboring a hatred of upper-class society, Ivano cannot come to terms with the appointment. With intensifying hatred toward Otto, Ivano decides to take revenge. He starts by sidling up to Ronald Martin, an art instructor who was once Deanna's lover.

Furthermore, he manipulates Otto to make him suspect that Curtis and Deanna are having a relationship. Through this well-laid trap, Otto is led down a road of ruin, as his feelings for Deanna are transformed from profound love to jealous rage.

A show that takes the Latin world as its theme. This is one of the fascinating repertories of a show production flavored with the history of the Takarazuka Revue. On our centenary, we hope you watch this show that expresses this Latin world, brought to you by the Star Troupe featuring Reon Yuzuki, who brims with passion, energy and dynamism.