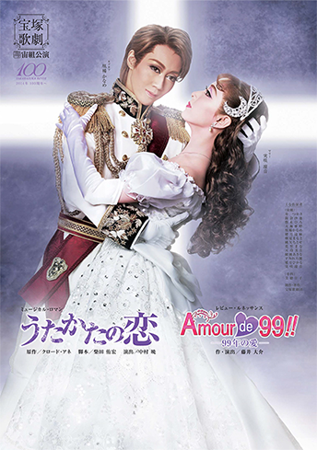 Austria, 1888. Crown Prince Rudolph is bored with the ostentatious royal life in the Austrian court. He is forced into a marriage contract with Stephanie, Princess of Belgium. The couple is incompatible and they live in unhappy discord. Grand Duke Jean Salvadore, Rudolph's cousin, is in touch with the liberals of the realm and his lover, Milly, is a commoner. The Grand Dude has broken the shackles of convention and he enjoys a life of freedom much to his cousin's envy.

During a performance of "Hamlet", Rudolph meets Maria Vetsera, the daughter of Baron Vetsera, the wealthiest man in Vienna. The Prince and Maria fall in love at first sight and continue meeting secret.

Duke Friedrich, the Minister of War, learns of the love affair. He plots to use the affair to his advantage and put his own nephew Ferdinand in Rudolph's place as Crown Prince. The Duke reports to the Emperor that Rudolph is meeting liberals and that he is also having secret rendezvous with Maria.

Duke Friedrich discovers Rudolph's plans. The Duke sends out a party who masquerade as revolutionaries so that Rudolph can be arrested as their leader.