Loading...
For as Long as I Live / Nova Bossa Nova 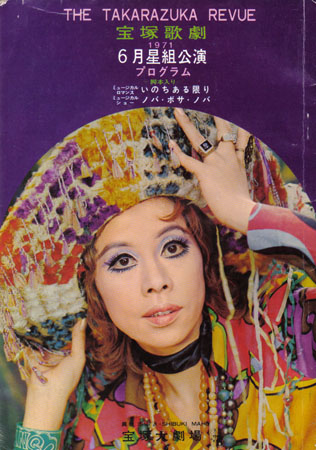 
Available on DVD: Yes / No


For as Long as I Live

For as Long as I Live

The end of the Edo Period. Matsushima Shinjirou is the second son of a high-ranking samurai who directly serves the shogun, a carefree young man who has not yet taken up his inheritance, he parts from his family and goes to live freely in a villa on Mukaishima Island.

There Shinjirou meets Omon working in a flower garden near his house, and falls in love. Through Omon and Omon's grandfather Toushichi, Shinjirou experiences a fulfilling life and comes to dislike the samurai lifestyle which holds social standing above all else. So he decides to throw aside the samurai and work and live with Omon and Toushichi.

At that very moment, the heir's illness becomes worse and expecting that Shinjirou will inherit it is decided that he will marry Yae. But Shinjirou makes his half-brother Ryuunosuke the heir because Ryuunosuke wants to marry Yae, not to mention that Shinjirou can't leave Omon.

Shinjirou and Omon open a riceball restaurant which does very well, and a year passes. Then Shinjirou's father Taitou comes to visit, and he entreats his son to return to the estate and become the Matsushima heir.

Then, at the banquet to announce the successor, Shinjirou feels once more that a samurai life is not for him and makes a reckless remark. Because of what he said, Taitou disinherits Shinjirou and declares his half-brother Ryuunosuke the heir.

Shinjirou leaves the Matsushima estate and finds Omon waiting for him outside the gate. The two nestle close in a warm embrace as night falls.