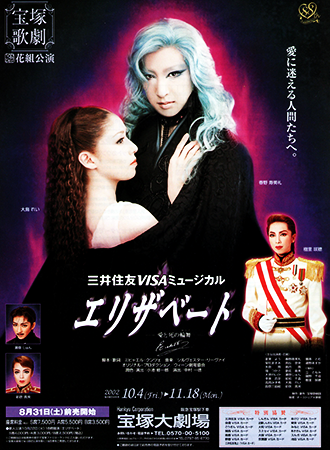 Lucheni has so far been a passive observer and narrator in this story; he sold trinkets and Elisabeth souvenirs on the streets during the height of her popularity, and carries around a camera documenting her life in photographs. But now the judge wants to know how it came to be that Lucheni assassinated Elisabeth. Lucheni explains that he originally intended to kill the Prince of Orleans, but he was not there, and Elisabeth was. He claims that Death appeared to him and gave him the murder weapon; perhaps Death was tired of waiting for Elisabeth to come to him of her own accord? And so Lucheni approached Elisabeth on the street and stabbed her to death, thereby releasing her into the arms of her lifelong true love.