Loading...
Beside the Foggy Elbe / Estrellas
READ THIS BEFORE EDITING THIS PAGE 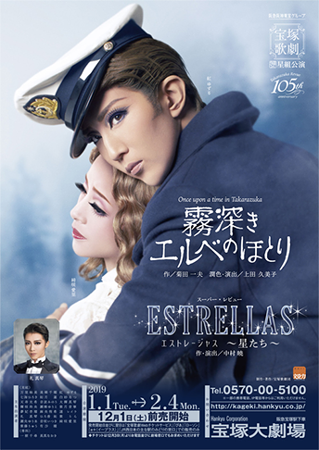 Beside the Foggy Elbe:

Beside the Foggy Elbe

Karl was a ship hand, who has decided to return to his hometown of Hamburg. There on the night of the yearly beer festival, he meets Margit, who tells him she has left her family home in search of freedom. They spend the night in a hotel, and fall in love. Not wanting to part, Karl proposes to Margit and the two rent an apartment together.

In truth, Margit is the daughter of a prominent Hamburg family, and is engaged to a man named Florian. When her family comes in search of her, Margit vows to only return with Karl by her side. Surrounded by these disapproving people, Karl soon finds himself adrift because of his rough speech and manners, and Margit herself starts to feel ashamed of him. While she is wavering, Florian gently remonstrates with her.

Karl also sees how Margit feels. Although they love each other, they are pained by their distancing feelings. Karl resolves to leave Margit for her own good. He takes money offered to him by Margit's father Josef, then throws painful, abusive language at Margit as he leaves. Margit despairs, but then Florian admonishes her that Karl must have used those words thinking it was for her own good. So Margit goes after Karl. Karl is at the harbor at his usual watering hole, waiting to depart once more on his ship that evening, and he asks someone to return the money to Margit for him when his ship leaves.

The sound of a departing ships horn rings out in the fog. Karl sets out to sea once more alone, thinking only of Margit....

Estrellas means "stars" in Spanish. This has a theme of "giving a light like that of the stars," since it is for Star Troupe, which gives the sparkle of all the stars in the heavens to people's hearts. This is a work which will allow the stars of Star Troupe to showcase their energetic singing voices and dance overflowing with liveliness.