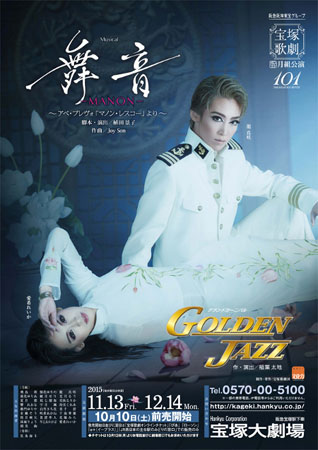 It’s the summer of 1929. Charles de Durant, a young elite naval officer, arrives in the harbor of Saigon, the site of a garrison, after being posted to Indochina. He experiences the bustle of an exotic and enchanting town and the humid breeze that floats from a great river. Charles has a strong force of destiny, which he has never experienced before. He is caught up with a mysterious premonition that seems to guide him through an unknown world. And a beautiful black-haired woman appears in front of his eyes. Born of French and Indochinese parents, she is a dancer who goes by the nickname “Manon.” She flutters like a butterfly, captivating many wealthy men. Charles cannot stop thinking passionately about her after a fateful encounter. Together, they go to a villa at a summer resort area, where they spend their time blissfully. However, Manon’s elder brother Kuon comes to take her back. Charles tries to forget about her but is left in anguish. He cannot tolerate Manon leaving him so she could go to the home of one of her patrons, a Chinese merchant. Charles is about to marry Caroline. But he is reluctant to go ahead with the wedding due to Manon. His old friend Christoph advises him to put Manon out of his mind. Just then, he sees her again. She tells him, “I might ruin you.” He replies, “I would trade anything for the happiness of having you in my arms.” The couple affirm their love for each other. But amid a climate of turmoil from a movement seeking independence from France, a cruel fate is about to unfold, one episode after another, right in front of Charles who prepares to throw away everything for love.

Of all the genres of music, it is jazz that shakes our soul through its rhythmical melodies. This show is composed of numerous scenes rich in variety, as it follows the transitions taken by jazz, from its African roots to modern times. The members of Moon Troupe, with Ryuu Masaki at the center, burst with individuality, presenting the charm of jazz from its many facets.

A review of both main cast and shinko at once.