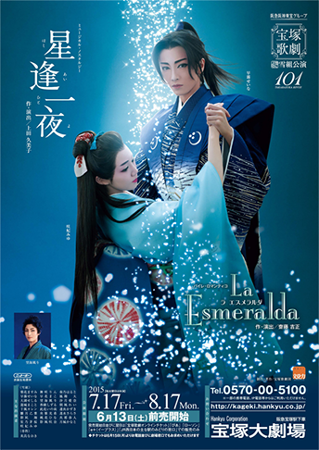 Other Cast: Yumi Serina (honkouen only)

Then, the revolt breaks out.

While bound by his inescapable destiny, Haruoki goes down the path he has chosen for himself.


La Esmeralda
A Latin show that unfolds with a boundless emerald sea in the backdrop, portraying passionate love and many dreams.

A romantic stage performance is presented, embellished by rich colors with the theme of “passion,” as personified by Seina Sagiri.