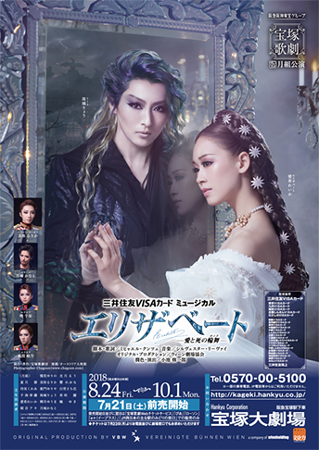 In 1898, on a pier in Geneva, Lucheni attacks Elisabeth with the knife Der Tod has handed him. Elisabeth notices the presence of Der Tod and decides to accept his love, turning face-to-face toward Lucheni. The knife pierces her left breast. Tod, who has finally won Elisabeth's heart, passionately embrace her, and together they soar up to the heavens.