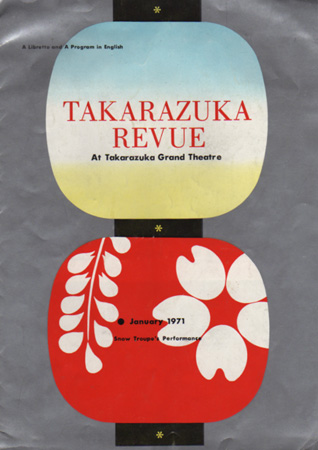 
Available on DVD: No

Everywhere, plum blossoms were in full bloom and people were merry at plum festivals.

Soga Juurou was a peddler of fans, selling to those people coming to worship at the shrine.

One day, Soga Gorou, Juurou's younger brother, came up to meet Juurou. Gorou was also working at the temple at that time as a festival man for the Hakone Avatar.

Gorou confided to Juurou that Kudou Suketsune, the man who had murdered their father, would be coming to the Hakone Avatar shrine to pay respects to the deity on behalf of Lord Minamoto Yoritomo.

Gorou insisted that Sukutsune's visit to the shrine would provide them with a golden opportunity to see what their foe looked like, and, perhaps, give them the change to avenge their late father.

Although Juurou was opposed to Gorou's proposal, the younger brother eventually persuaded him.

Thus it came about that, on the very day when Suketsune was visiting the shrine, the brothers Juurou and Gorou were among the group of dancers selected to perform celestial dances in the presence of the enshrined deity.

Their dancing was acclaimed by Suketsune as being superb and, as a token of appreciation, the brothers were awarded a ticket entitling them to pass unmolested through the site where Lord Yoritomo was scheduled to stage a grand hunt.

This occasion, of course, turned out to be the long-coveted opportunity for the brothers. Overjoyed with the lucky turn of events, they proceeded to where their mother, an aged blind woman, who lived all alone. They bid her farewell and hurried to Suketsune's quarters.

In the morning, the sun was rising and the Soga brothers successfully killed their foe Suketsune, thus fulfilling their yearlong mission.

There stood the lone figures of the Soga brothers.

Scene 1: Prologue A
In the center of the dark stage, lit by golden stars, the Singer's Singer sings the theme song "Singer's Singer"


Scene 2: Prologue B
This performance is followed by two stars who, appearing on the stage, dance and sing the theme song


Scene 3: Prologue C
The stage turns into a red colour and the theme song changes into "Bon-bon Spotlight" B, the singers appearing on the stage, one after another, singing and dancing.


Scene 4: Prologue D
When the rhythm of the theme song B changes, all the members become ensemble.


Scene 5: For Beat A
From the "flower way" (or a passage through the audience) emerges a pop man who, singing the song "O Happy Day!" walks on the strip of corridor in front of the stage until he comes on the main stage where he sings facing to a music paper on the main stage. In response to this, one star after another answers, now in sight and out of sight of the moving music paper.


Scene 6: For Beat B
On the stage adorned with the music sheets colored orange, a group of singers is gently singing "O Happy Day!" in chorus. Led by the pop man, all of the members become ensemble and begin to sing.


Scene 7: For Beat C
Being full of the chorus by all, the singers parade around the stage.


Scene 8: Singer's Singer ( A Tale of Sutan) A
In the black-and-white rehearsal room on stage, seven talkative Takarazuka Girls are seen chattering about Sutan. In reply, Sutan begins to sing "Two Large Eyes."


Scene 9: Singer's Singer ( A Tale of Sutan) B
In the end, all of the members form into a line, coming on to the stage while dancing. This is followed by a line dance by 36 Rocket Girls.


Scene 10: Love Rhapsody A
A Man disappointed in love emerges on the stage singing "Blue Prelude"


Scene 11: Love Rhapsody B
In front of the man, emerges a blonde woman as if she were an illusion. Attracted by the weird singing voice of the woman, the man steps into a world of blondes


Scene 12: Love Rhapsody C
A dance by the blonde women.


Scene 13: Love Rhapsody D
With the man in the center, the women are lined in ensemble. In the end, the whole stage is buried in blonde and vanishes.


Scene 14: Love-Tissimo A
Two men, while proposing to a single girl, are singing "Tea for Two." The scene ends with the three appearing together in the following scene.


Scene 15: Love-Tissimo B
In an all-white luxurious salon, two men and a girl, both attired in black, dance and sing "Tea for Two."


Scene 16: Love-Tissimo C
A man in white appears on the stage, dancing and singing Sucat. Then all dancers start dancing in couples while the stage rotates.


Scene 17: Love-Tissimo D
As the singing changes into the orchestra, the whole stage is lit up by a chandelier, all being turned into ensemble.


Scene 18: Rhythm in Night A
Each couple singing disappears. A man, who is left out, sings a fruitless love brightly and leaves the stage.


Scene 19: Rhythm in Night B
In front of the curtain, three men are singing "Woo, Woo, Woo" - man's lament. In the end, as the curtain is drawn on one side, three women are seen there in a group. To the alarm of the men, the women sing "The Feeling at Daybreak" as if whispering.


Scene 20: Rhythm in Night C
As the curtain is being raised, a man comes out on the stage and sings "An Unripe Apple" when a long line of women attired in yellow streams in. When the singers are shifted, the male singers replacing the women, they dance to "Love is Folly."


Scene 21: Rhythm in Night D
As the stage rotates, automobiles are seen lined up. Upon them, singers sing "Venus." The scene gradually developing into a love dance by a dozen couples.


Scene 22: Rhythm in Night E
The singers start singing "I Got a Woman." The curtain is drawn over, leaving the singers alone. When the rhythm is changed , a large group of women tugs at the curtain and step out upon the stage, dancing together. Finally the dancers vanish in an instant. The singers appear on the stage to sing "Last Love" for the third time, and then walk off the stage.


Scene 23: Finale A
All the singers sing the theme song B "Bon Bon Spotlight" together. All the members sing, dance and form themselves in a lineup.


Scene 24: Finale B
As "Singer's Singer," the theme song A, is sung, the members unfurl a grand chorus in praise of the Singer's Singer, when a gorgeous curtain of Finale drops down.