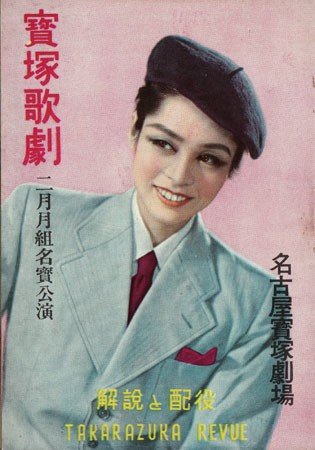 The Dojoji Temple has a legend of a beautiful girl who, disappointed in her unrequited love for a handsome Buddhist priest, finally turned herself into a serpent and consumed her lover hidden in the temple bell, melting the bell with her fiery breath.

On the memorial day of the bell, while monks of the Dojoji Temple are enjoying cherry blossoms, a farceur named Sakon in the disguise of a pretty dancing girl appears. He is easily discovered by the monks who request him to dance. During his dancing he changes into an evil spirit.

Martin is a cobbler in Paris who falls asleep in his store. When he wakes up, he finds himself in Arabia. A thief comes runnign through and thrusts a box of stolen treasure in his hands, and he is captured as the thief instead. However, when he arrives at the palace, the seer Inshalla claims he is the one fortold who will marry Princess Mariyana.

Princess Mariyana is in love with Prince Ahmed of the neighboring country, and he with her. Mariyana's younger sister Princess Grenard is also in love with Prince Ahmed, so although she soon discovers that Inshalla and Martin are scamming the king, she believes it will leave her free to marry the prince so she keeps quiet. However, Martin soon feels guilty when he sees how in love Ahmed and Mariyana are, so he conspires to help them run away together.

A furious Grenard spills all their secrets to her father the sultan, and Inshalla and Martin are led to the square to be beheaded. Prince Ahmed arrives in the nick of time and they escape, and Martin continues running all the way out of Arabia. He wakes back up in his store in Paris.