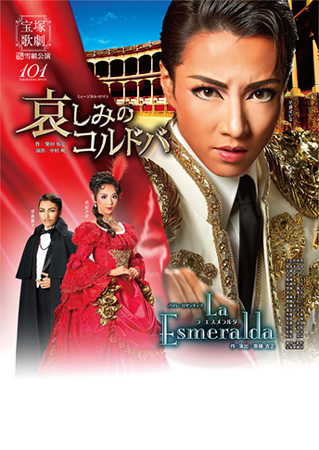 Although Elio had criticized Vicente, and while he thinks his fiance Anfelita is sweet, his feelings of love Eva drive him to arrange a clandestine meeting. Eva determines to dissolve her arrangement with Romero, and Elio confesses his true heart to Navarro, and his final bout is just opening in Córdoba. Anfelita is wounded by the broken engagement, but then falls in love with Romero's cousin Felipe.

A Latin show that unfolds with a boundless emerald sea in the backdrop, portraying passionate love and many dreams.
A romantic stage performance is presented, embellished by rich colors with the theme of “passion,” as personified by Seina Sagiri.