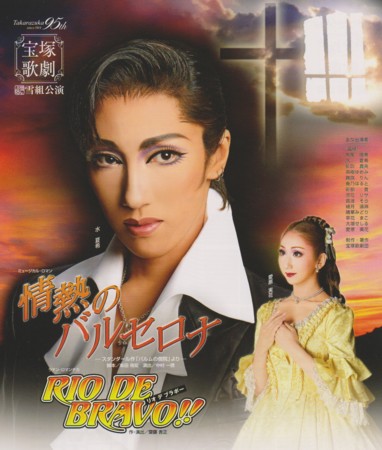 Returning to Barcelona from schooling abroad in Italy, the young Francisco meets the beautiful young girl Rosalia at a ball and falls in love with her, but the two part without being able to exchange a word.

One day, Francisco learns that his friend Raphael is back in town as well. The two go out to a taproom, and there Francisco asks Raphael's younger sister Monica to dance. Monica's lover gets jealous and starts a fight, and is killed. Francisco is now a criminal. He is captured, and then he meets Rosalia once more in the prison. She has planned a jailbreak with Francisco's aunt....

The Brazilian big city Rio de Janeiro is filled with the passionate energy of its habitants. The hurly-burly of the carnivals, love games on the Ipanema beach, loves and dreams of the street-children are all there. The Latin show Rio de Bravo lively describes the joys and sorrows of life in the big city.