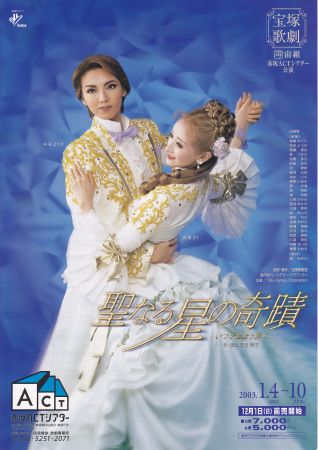 It is the 21st century. Frederick and The Doctor have been working on a formula for time travel. Frederick is a young man whom The Doctor took in as an apprentice after finding him stranded with no memories. The only clue Frederick has to his past is a recurring dream in which a woman promises to wait for him, no matter how long it takes. In the dream, he always sees her back and never her face.

The Doctor has a vial filled with various ingredients, one of which is lavender. He says that the scent of lavender helps to calm the nerves, and Frederick seems to have some memory attached to it as well. Clothed as a person would have been 150 years ago, he sits and a chair and smells the vial, sending him on a mysterious journey back in time.

150 years in the past, Lydia is a young woman and only child of the scientist Claus. As Lydia is lounging in the greenhouse one day, a man suddenly appears among the lavender flowers. It is Frederick. Lydia is only mildly surprised, as Claus had been expecting a person named Frederick to come and work as an apprentice to his scientific experimentation. Frederick thinks he is different from the person they're expecting, but goes along with the part. Lydia introduces him to her childhood friend Edward, who has just returned from London, and soon invites Frederick to go out ice-skating with them.

Edward met Lydia several years earlier right after her mother had died, and was a great comfort to the girl who had no siblings to keep her company. They made a promise to each other to get married when they were older. Edward was born to a poor family, and thus to be able to make Lydia happy he began working at an early age. He was apprenticed to another scientist, Zacharias, who studied with Claus when they were younger. Zacharias had high hopes for Edward and enabled him to study abroad in London. His daughter Mia also developed feelings for Edward. But now that he has returned, Zacharias has a new assignment for him. He has heard that Claus is making progress in bomb technology and wants Edward to steal Claus' research. Edward is too loyal to Lydia and her father, and refuses to take Claus' work. Jan, another apprentice who has been losing out to Edward in attention from both Zacharias and Mia, formulates his own plans.

After some initial awkwardness, Frederick is getting along well with Lydia. They both have the inexplicable feeling that they have met before, and feel drawn to each other. Frederick tells Lydia about his dream of the woman whose face he has never seen, at which Lydia is slightly jealous. But as they are talking, someone sneaks into the room. Frederick calls for him to come out; it is Jan. He has decided to take matters into his own hands and demands Claus' bomb research. Frederick doesn't know where the papers are but still orders Jan to leave. Jan pulls out a gun and more men appear to surround the two. Frederick tells Lydia not to worry, and to close her eyes. He throws down a vial, and the two disappear as they are transported into the future.

Frederick explains to Lydia that he is actually from the 21st century, and that is where they are now. They have somehow appeared inside a church, and Frederick takes her to the top of a tower to see the glow of the future. Lydia says the sparkling lights in both the sky and the city below are like a miracle.

Soon, however, Lydia awakens and finds herself back in the 19th century. Claus discovered her collapsed on the floor, and Frederick is nowhere to be found. Lydia's babble about the future confuses her father, and Edward is also worried - not only for her health, but also for her feelings toward Frederick.

In the 21st century, Frederick seems to have returned to The Doctor's laboratory on his own. The Doctor is overjoyed that Frederick has come back unharmed, but he's also wary. The government has apparently been watching him, and wants to take his research in order to amend the tragedies of the past. Before they come for him, The Doctor hands a letter to Frederick. It was given to him by an old scientist named Edward, whose research was the basis for The Doctor's work. Frederick realizes it was the same Edward that he met in the past, and the letter contains some message for Edward's younger self about a mistake he wishes to correct. However, Frederick is only able to take the letter and escape with another vial as The Doctor is taken away.

It is Christmas in Lydia's time, and Claus is introducing the notion of Santa Claus to his friends at a party. Zacharias is also attending, and Edward has something important to say to him. Edward declares that he is going to quit his apprenticeship to Zacharias and marry Lydia. No one is more shocked than Lydia herself, but at that moment Frederick appears. Lydia immediately runs to him, leaving Edward to deal with the disappointed faces of Zacharias and Mia.

Despite having only just reunited, when they are alone Frederick tells Lydia that he is leaving again. He abandoned a friend in the future whom he needs to save, and can't guarantee that he will return. Lydia begs him to stay, or to take her with him, but Frederick insists that she belongs in her own time. As they kiss, Edward enters and sees them. He turns around and runs off, but Frederick calls after him. Promising to Lydia that he will return, he rushes to catch up with Edward. Frederick tells Edward that he is from the future, and has a letter which an older Edward wrote to his past self. Edward is slow to believe such an outrageous claim, but Frederick persuades him to at least read the letter.

Inside Claus' laboratory, Zacharias and Jan have the old man cornered. Zacharias reminds Claus of an old debt that has yet to be repaid and demands the money on the spot. He threatens to take Claus' home, or his daughter - or else hand over his bomb research, and that will settle the matter. When they bring up Lydia, Claus relents and gives them the papers... which are not bomb schematics at all, but his Santa Claus speech from earlier. Taking the real research notes from his desk, Claus declares that Zacharias will never have them and starts a fire.

Just as Edward begins to read the letter given to him by Frederick, Mia comes running up to tell them that the house is burning. Lydia is still inside and Frederick rushes off to save her. Edward pauses a moment to look at the letter and hopes that there is still time to make good of the warning it contains.

Frederick barges headfirst into the blazing building and searches for Lydia. When finds her he admonishes her not to let him go, but is suddenly struck with a painful headache and the two of them are separated. Once they find each other again, Frederick is only successful in forcing Lydia out of the house and cannot escape himself.

Edward discovers a dazed Lydia outside and has to hold her back from going in again after Frederick. She begs Edward not to separate her from her love and, remembering the message in the letter, Edward eventually lets her go.

Back inside the burning house, Lydia is reunited with Frederick for good. His memory finally returns and he realizes he has come full circle. Frederick originally was from the 19th century, became Claus' apprentice and did fall in love with Lydia. But when he was caught in the fire, instead of dying he was mysteriously transported into the 21st century. Edward had prevented Lydia from going in after him, and with no proof of his death, Lydia spent the rest of her life certain that Frederick would come back to her. Edward's heartache at watching her pine her life away inspired him to study time travel, which had eventually led to The Doctor perfecting the formula. Frederick used it to go back in time, and now everything has repeated itself.

This time, however, they both perish in the fire, and Edward is certain they are happier together than they would have been apart.