Loading...
Mélancolique Gigolo / Exciter!! 2018
READ THIS BEFORE EDITING THIS PAGE 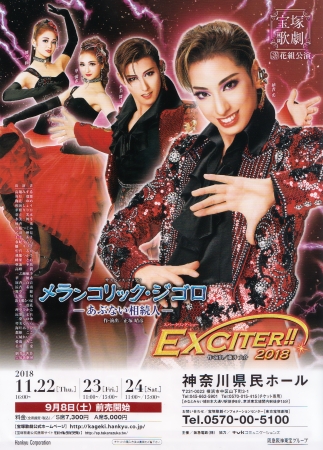 A revival of a popular revue — this Flower Troupe performance garnered very favorable reviews in 2009 and 2010, and also ran as a national tour in 2017.