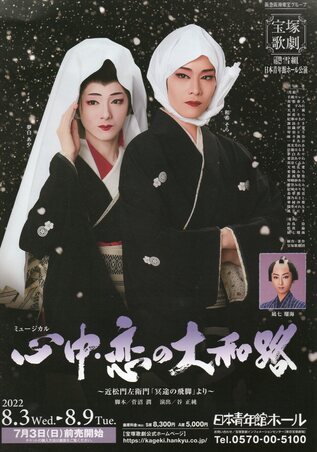 Based On: The Courier for Hell by Chikamatsu Monzaemon
Author: Suganuma Jun
Director: Tani Masazumi
Composer: Yoshizaki Kenji
Choreographer: Matsumoto Shoume, Mine Saori (as Nishizaki Mine)