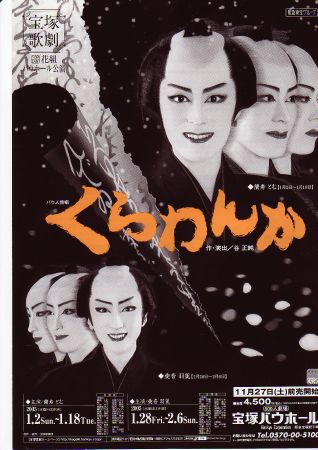 Hachigorou, a boatman for Kurawanka Shipping, is a lazy person by nature, but he's lived a hard life. Although he's fallen out of love with his wife, run away, and become a divorced man, he charms Jinbee, the owner of the boatman's inn, to take him on as a free-loader. It's a day-to-day existence, where he lives off of guilting his acquaintances into giving him small change to use when he's pressed to repay his debts.

Unable to just watch all this, Jinbee approaches him with a marriage proposal. The match is with Enyōhaku, a servant of the nobility, whose sole flaw, he says, is that her speech is overly polite. Unable to imagine politeness being a flaw, Hachigorou joyfully accepts.

As Hachigorou joyfully waits for his coming bride, the God of the Poor appears before him. The God's job is to make the rich who are obsessed with riches poor, yet he's faint of heart so he ends up sticking to his friends and avoiding Hachigorou. Instead of causing Hachigorou to become obsessed, instead he pesters Hachigorou for money, and entraps him into waiting on him hand and foot.

Then Jinbee and the God of the Poor become matchmakers and on the night of the wedding to Enyōhaku one more bride appears. The ghost of Koito....

Hachigorou, watching others enjoy the cherry blossoms, doesn't want to be amused like everyone else, and so he goes off to enjoy visiting some graves. He fixes a broken stupa and holds a small service for the ghost of Koito. Moved by his kindness, the ghost of Koito wants to become his wife to return the favor.

By day the Enyōhaku, by night the ghost Koito, and the God of the Poor disguising himself as a maidservant.... Hachigorou's new life is about to begin....