Loading...
Hawaii Sakura Festival
READ THIS BEFORE EDITING THIS PAGE 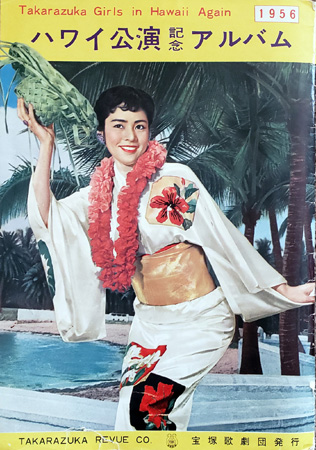 Tied to a Pole:

Tied to a Pole

(Based on the Kyogen play of the same name.)

Two servants, Jirou and Tarou, are tied to a pole to keep them out of mischief while their lord is away. However, they concoct all kinds of plans to try to get at some sake, even with their hands tied....

Two In One Hakama

(Based on the kabuki play of the same name.)

A young man has to make a formal visit to his future father-in-law. He doesn't want to go alone and asks his older brother to accompany him for support. While the groom-to-be is inside paying his respects to his father-in-law, his brother is seen waiting outside. The father-in-law insists that both men join him for the toast to the new couple. But the brothers have a problem: They only have one pair of formal dress pants (Hakama) and have to find a way to share them...

There were two programs during the tour: "Tied to a Pole / Spring Dance (Rainbow Takarazuka)" (March 30th - April 3rd) and "Two-in-One Hakama / Flowers of Japan" (April 4th - April 8th). The actresses also appeared on radio and TV shows, and at various live events.


DateLocation 03/229:40 PM flight from Haneda Airport for 18 members and 4 staff. 03/228:05 PM land in Honolulu Airport on Oahu and check-in to the Kobayashi Hotel. 03/2311:15 AM start of a parade in the city center in rickshaws and cars. They visited the town hall, the Japanese Organization and other government offices. That evening they participated in events and fashion shows. 03/24Several receptions, and Minami Yuuko performed that evening. 03/25A morning tour around the islands. An evening reception. 03/26Rehearsals begin at McKinley High School auditorium. 03/27More rehearsals. Misugi Teiko, Nachi Wataru, Masuda Hidetaka and Yamamura Yone arrive at Honolulu Airport, bringing the total up to 20 actresses and 6 staff. 03/28Rehearsals at the Soto Zen Temple in the morning. Dress rehearsals at McKinley High School. 03/29A special performance of scenes 1-6 of "Spring Dance" for the McKinley High students at 10:15 AM. In the afternoon Nawate Katsumi, Fujishiro Ayako, and Uji Kaoru make an appearance at the "Hawaiian Village." 4 PM dress rehearsal of all performances. 03/30-04/03Performance I at McKinley High School 03/31Party at Quinn Surf. 04/01Kona TV appearance. 04/02Hula Dance lessons. 04/03Hawaiian Pineapple Factory tour. Bishop Museum tour. 04/04-04/08Performance II at McKinley High School 04/05Watching a Hula Show at Kodak Hall on Waikiki. Visit to the aquarium. Perfume factory tour. 04/06Lottery Club performance at Kawaro Inn. A plane tour to see Oahu from the air. 04/07Free time at the beach in the morning. A backstage party with Mr. Olsen from Pan American Airlines after the evening performance. 04/08A party with some lawyers in the afternoon. 04/09Hula lessons in the morning. Special performances of "Tied to a Pole / Spring Dance" at Schofield Barracks. 04/10Special performance at Fort Shafter. 04/11Day off. 04/12Few to Kauai to sight-see in the morning. Reception at Reef Hotel in the afternoon. 04/13party with the JJCC at the country club. 04/14Left Honolulu Harbor on the President Wilson. 04/23Arrived at Yokohama.