Loading...
Unmatched in Dreams and Reality / Krung Thep
READ THIS BEFORE EDITING THIS PAGE 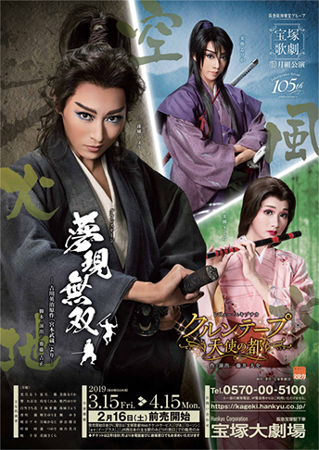 Unmatched in Dreams and Reality:


Unmatched in Dreams and Reality

Our story begins around the beginning of the Tokugawa clan's dominion over Japan, following their decisive victory at the Battle of Sekigahara. Shinmen Takezo, born in Miyamoto, a village in the Sakushu region, was a ferocious young man who sought to become the greatest swordsman in Heaven and on Earth. However, a monk by the name of Takuan worried about where Takezo's path would take him as a bloodletting swordsman too confident in his own strength. After learning from the monk another way, the young man changed his name to Miyamoto Musashi and embarked upon a journey of spiritual and physical improvement.

Thus began Musashi's travels, marked by much hardship, on the way to becoming an unmatched warrior. He met many people and grew into both a greater swordsman and a better man. Otsu, Musashi's childhood sweetheart back in his home village, yearned for him and followed his trail. Musashi also longed for Otsu, but he held his wavering heart's feelings in check, as he could not return her love at this time when he was pursuing a higher level of swordsmanship.

It is also around this time that another talented swordsman, Sasaki Kojiro, was making his name known far and wide among the common people. The fates of these two warriors is deeply intertwined, and it will lead eventually to their fateful showdown.
What did Musashi see awaiting him after making his dream of becoming the unbeatable warrior a reality?

Thailand is a country wrapped in an air of mysticism and Orientalism. The capital of Thailand is called "Krung Thep (City of Angels)" by the people of Thailand. The setting for this revue show is a southern paradise, wrapped in the blue ocean and vividly colored flowers.