Loading...
The Wind of Buenos Aires
READ THIS BEFORE EDITING THIS PAGE 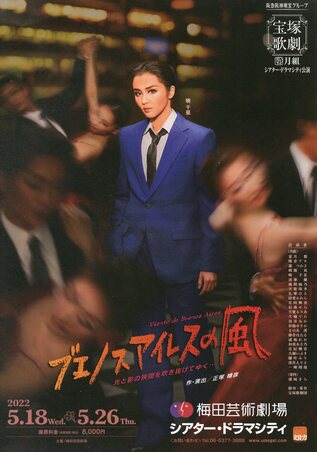 In another part of town a rather vapid young woman is in a bank getting information about opening an account. When she leaves the building, her entire attitude changes. Her name is Lilianna, and she is the younger sister of Ricardo. Together they are casing out banks for a robbery. They are former extremists, though Lilianna was only a child back then. Now they are the only ones of their group left, but Ricardo hasn't given up on his dream of revolution. They run into Nicolas by chance and are shocked and happy to see him.

Nicolas finally tracks them down at their hideaway. Unfortunately, Vicente and his police have followed him. When he hears the sirens, Marcelo panics and goes for the guns to shoot Nicolas. Ricardo wrestles him for it, and during the scuffle, it goes off. Ricardo dies in Nicolas's arms but manages to gasp out something about saving Lilianna before he passes away. Nicolas gets the details from Marcelo. Together, the two manage to trick the arms dealer and rescue Lilianna, but she is devastated by her brother's death.

Meanwhile, across the city Isabella has been waiting for hours for Nicolas to show up. Finally, her audition is canceled. Still, she waits in the rain outside the building. Nicolas comes running up. The events of the past 24 hours finally catch up to him, and he begins to sob. Isabella says she doesn't care about the audition, but she was terrified that Nicolas might have left town....