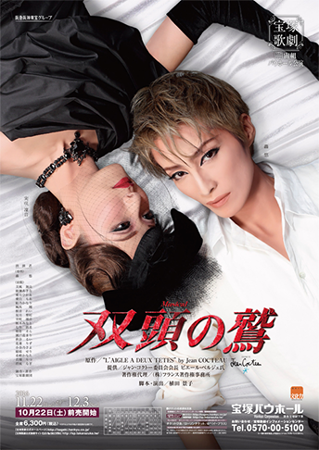 Based on the brilliant French playwright Jean Cocteau's 1946 play "Double-Headed Eagle," which he also adapted for film.

On the 10th anniversary of the assassination of the King, his reclusive widow, the Queen, arrives to spend the night at the castle of Krantz. Stanislas, a young anarchist poet who seeks to assassinate her, enters her room, wounded; he looks exactly like the dead king, and the Queen shelters him instead of handing him over to the police. She sees him as the welcome embodiment of her own death, calling him Azraël (the angel of death). An ambiguous love develops between them, uniting them in a bid to outwit the machinations of the court politicians, represented by the Comte de Foëhn, the chief of police, and Édith de Berg, the Queen's companion. In order to remain true to their ideals and to each other, the Queen and Stanislas have to play their parts in a bizarre private tragedy, which the world will never understand.