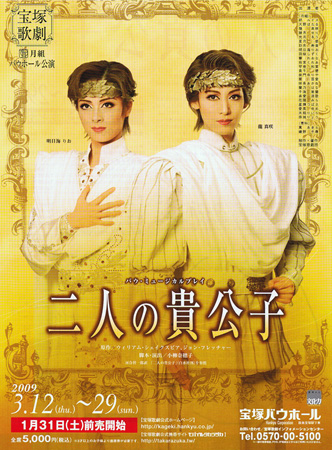 The setting is ancient Greece. Palamon and Arcite, nephews of King Creon of Thebes, and bosom friends, are captured when Thebes looses a war against Athens. From the window of their prison cell, the two see Emilia, sister-in-law of Theseus of Athens, and fall in love with her. From that moment on the two become bitter enemies, each willing to betray and insult the other. At last it comes to a duel where they will risk their lives to gain the princess's love in return....