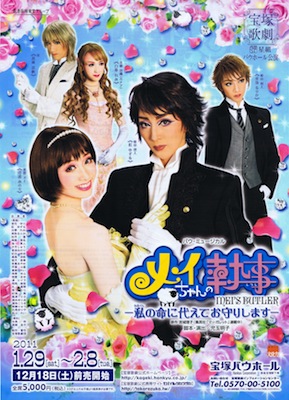 A musical version of the popular girls' comic being serialized in "Margaret". Shinonome Mei, an extremely ordinary girl living in the countryside of Shikoku, loses her parents in a traffic accident. On the day of funeral, a butler by the name of Shibata Rihito comes from her family home to meet her. He tells her that her father was the eldest son of the Hongo family and thus the heir to the multi-millionaire Hongo Group — with her father's death this makes her the formal successor. Having become an heiress overnight, Mei enrolls in St. Lucia Girls' Academy to train to be a lady — as well as protect herself and those around her. At St. Lucia Girls' Academy, the ultimate school for young ladies, each female student has a personal butler. There Mei must confront her own fate and love...