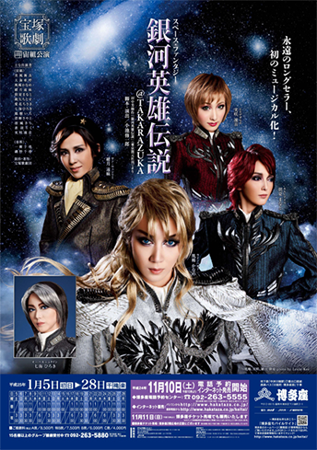 Legend of the Galactic Heroes @ Takarazuka

The Galactic Empire and Free Planets Alliance launch a new war in the stellar region of Astarte. The commander of the Galactic Empire's fleet is Reinhard von Lohengramm, who has blond hair and ice-blue eyes. He is also a genius in the art of war who can boast of being undefeated. Confronting him in the Free Planets Alliance is Commodore Yang Wenli, called the wizard of invincibility.