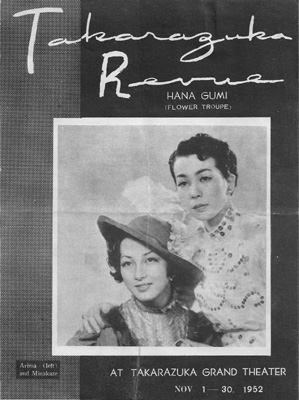 At the moment when President Du Pont, a capitalist, drains a cup of water at one gulp, he notices that the water contains petroleum and, hitting on an idea, he accosts to Baron, his friend.

"Baron, I've come by a good job. This water smells of petroleum. And, judging from this, I assure you that petroleum vein is running under here."

Then, the president orders mine operator Pierre to investigate the petroleum vein and asks the baron to persuade the Government to approve the oil-well drilling plan while he himself commences to muster his fellow capitalists. Knowing this, the newspapers promptly begin to report about the petroleum vein and the stories of oil development make the headlines of their papers daily. In every house, people start to dig pits in their own gardens in an attempt to strike oil. The capitalists are immersed in purchasing the land while the digging instruments such as pickaxes and shovels sell like wildfire. A book entitled with "How to Strike Oil" appears and its several thousand copies are sold, to become the best seller of the season.

In the height of the petroleum boom, the general public who hate to see Paris, the metropolis of art, ruined by the petroleum industry, stage an anti-oil development campaign against the capitalists who are too intent on money-making to think of anything else. Amidst this clamor, the citizens of Paris one day are warned through radio to evacuate the city as soon as possible since the Eiffel Tower is to be blasted at midnight that day..... A little before midnight, President Du Pont and the baron have already felt like an oil king.

"Well, shall we begin evacuation, President Du Pont? By the way, why has the Eiffel Tower to be blasted?"

"Cannot stop blasting it so long as we do not know how to open the sewage door, see?"

At this time, Florence who is called a madwoman suddenly appears before them and tells them that she knows how to open it. "I'll open it for you," she says and the door of the sewage is opened. The president says that the time bomb has already been laid. "So it's too late." But no blast occurs. Pierre who was given an instruction by the president to lay the bomb, seems to have, in conscience, disobeyed the order.

the president, baron and other capitalists enter the sewage to find the petroleum vein. After all of them go in, Florence shuts the door and locks it. At this, the mine operator appears with an announcement of the Mine Bureau of the Government. "The reason, the Mine Bureau says, why the water contained petroleum is that the underground petroleum pip-line has been broken."

The citizens thank Florence for her merit of locking the capitalists in the sewage but warmhearted Florence, mulling over whether or not it is all right to imprison them indefinitely in the sewage even if they are scoundrels, begins to repent of what she has done.

Written more than 1,000 years ago by an unknown author, the "Taketori Monogatari" or the "Tale of Kaguya-Hime" (Shining Princess) is the oldest (short) novel in Japan and is an outstanding pieve of Japanese classic literature which includes the world-famous "Tale of Genji" and others. The story is familiar to the Japanese.

Once upon a time, there lived in a certain place an old bamboo-dealer and his wife. Finding a shining bamboo in a bamboo thicket one day, the old man splits it with a suspicion and finds a beautiful baby girl in it. She is so resplendently beautiful that the old man and his wife christen her Kaguya-Hime (Shining Princess).

Ten odd years elapse and she now becomes the most beautiful girl in the country while many men come to her to propose marriage. The princess, who does not want to marry anyone, requests the suitors to bring to her rare treasures. Abe, Minister of the Right and one of the suitors, is ordered to bring GOWN which is made of the skin of "fire rat" and is said to be completely fire-proof. (The GOWN is one of the treasures kept in the palace of the Tartar king.) Ishigami, courtier and another of the suitors, is asked to go to the Horaisan Island at the extreme end of the south seas and fetch GOLDEN AND SILVER TREE which blossoms diamond flowers. Ootomo, another court-man and third suitor, is requested to obtain FIVE-COLORED BIJOU from the princess of the Dragon Palace under the sea. (The bijou is said to be the tutelary god of the Dragon Palace.) The three suitors present to the princess what she requested to bring to her but all of the "treasures" are found to be bogus.

Taro and Jiro, also suitors, succeed in solving difficult riddles proposed by Kaguya-Hime but....... There was a reason why the princess rejected the offers of marriage and she tells it to her foster parents.

"I am not a person on this earth but a heavenly maiden born in the moon. For a certain reason, I came down to this earth. But today, the 15th, I have to return to the moon with the chiming bell tolling the midnight." And........