Loading...
I Am From Austria
READ THIS BEFORE EDITING THIS PAGE 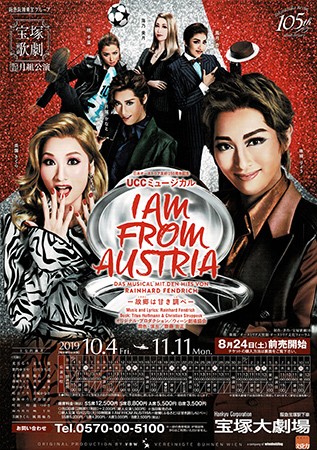 The setting is Hotel Edler, a long-established four-star hotel in Vienna. Josi Edler, the heir to the family-owned hotel, has been actively involved in the hotel's management and seeks to reform the hotel to make it fit with the times, as opposed to his parents who lean towards tradition and formality. Today, Hotel Edler is preparing for the reception of a coming guest: Emma Carter, the famous Austrian-born Hollywood star, who will stay at the hotel incognito. Having such a big-name guest is a perfect chance for Hotel Edler to accomplish its long-sought goal to obtain a five-star rating. Unfortunately, a hotel employee has already revealed the top-secret news of Emma’s arrival through social media, and it causes chaos at the hotel. Josi takes the blame for the careless post on social media to smooth the situation, while Emma and her manager Richard are outraged. As compensation for the inconvenience, Josi brings an Edlertorte, the hotel’s signature cake, to Emma’s suite. Accidentally, however, the torte slips from his hands and hits Emma when she opens the door. Although that makes Emma very angry, a captivating taste of the torte calms her anger. While talking to each other, the two hit it off and Josi offers to show Emma around the hotel…