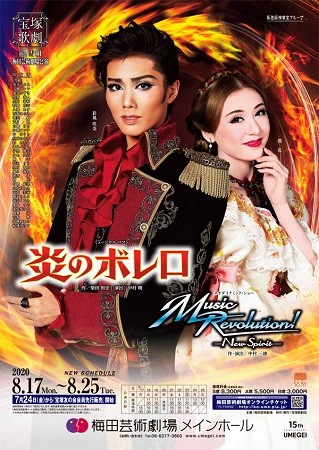 Set in the second half of the 19th century in Mexico. Maximilian I has declared himself emperor of Mexico with the support of Napoleon III of France, but his government never completely defeated the Republican forces. Albert Casals has sworn revenge against Duke Brasseur, who murdered his parents and elder brother while he was away studying abroad.

On the night of a spring festival, Albert meets Caterina, who is running away from home. In truth, she is the daughter of Earl Dolores, and the fiancee of Duke Brasseur's son, Roland. Albert and Caterina fall in love.

Gerard Cremant, a French military intelligence officer, tries to kill Brasseur and defects to Albert's side. Gerard is dying of leukemia, but is determined to follow Albert in the time he has left. He is supported by his lover Monica, who works at the alehouse of Ubongo, a secret Republican supporter.