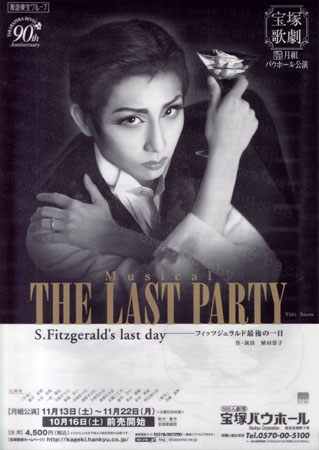 A musical about the life of F. Scott Fitzgerald.

In France, Scott met Hemingway, whose writing he respected very much. He helps promote Hemingway with his publisher, despites Hemingway's warning that the two will become rivals.

Meanwhile, Zelda remains in the institution she has been in since the early thirties, and Scottie, their daughter, remains a source of comfort to Scott.

The Last Party - Review by Ekusudei