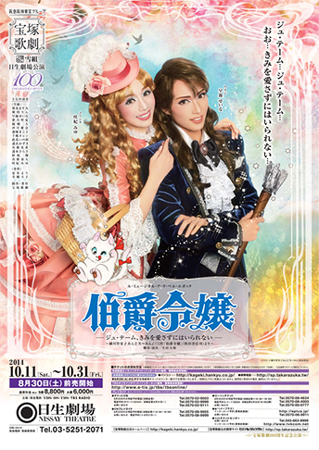 Corinne is a lively girl who lives in a poor orphanage in the romantic France at the end of 19th century. Her neighbor is a wealthy nobleman named Richard, who unfortunately has lost his sight at a young age. Corinne's kindness has brought warmth to Richard's frozen heart, and he fell in love with her even though he does not know her appearance. However, Richard's friend Alain, who is also a nobleman, also fell in love with Corinne. He is determined to win her heart at any cost, including pressuring her and lying to her.

One day, Corinne received a message telling her that her family is still alive and that they are aristocrats in Paris! It is an opportunity of a life time! Unfortunately, Corinne met an impoverished thief named Anna during her trip, and Anna was very jealous of Corinne's good fortunes. Fate has it that their ship sank in a storm, and Anna decided to impersonate Corinne to live a life of comfort. However, Corinne was rescued, but she can't remember anything at all! Alain found out about this, and lied to her her that he is her fiance! Will Corinne meet Richard again, or will she choose Alain despite his lies?