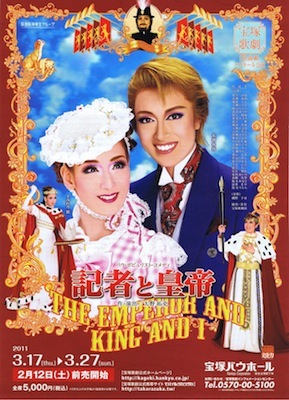 A play set in San Francisco during the latter half of the 19th century. In reaction to his bankruptcy, a man becomes caught up in the delusion that he is an 'emperor'; his behavior garners popularity among the people. Counting on the popularity of 'Norton I, Emperor of the United States and Protector of Mexico', newspaper journalists mix truths and falsehoods in their stories and fight each other for circulation numbers. A populist comedy portraying struggle and love.