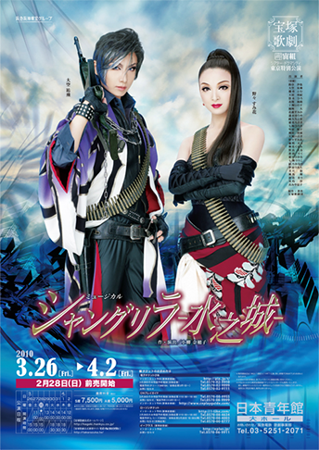 Set in Japan after a nuclear war. It is a world where due to the war water has become polluted, and a king has taken supreme authority and controls the water source. One day, a man who collapsed in the wasteland is saved by a troupe of traveling entertainers. The man has escaped death; however, he has completely lost his memory. The only clue to his past is the blue beaded necklace he's wearing. That necklace was sent by Miu, one of the troupe's dancers, to the man she loved — who went missing when he set off in search of the legendary realm of the former king, "Shangri-La". Miu gives the man the name "Sora" and together, in order for him to recover his past and her to find her love, they embark on a journey to search for "Shangri-La". Thus begins their destiny, which will influence the future of the country...

A futuristic fantasy depicting love and friendship set in a ruined world.