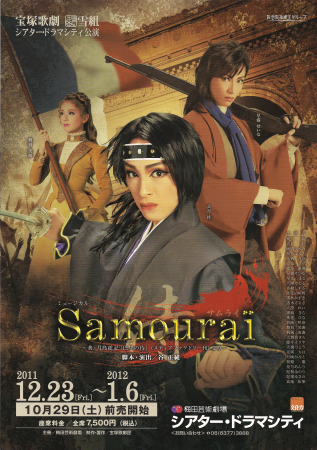 1871. At the end of the Franco-Prussian War, Emperor of the French Napoleon III has failed in all of his efforts and capitulates to Prussia. But the citizens of Paris do not accept his surrender and create a people's government — the "Paris Commune" — and boldly challenge the Prussians to do battle. However, the government made by the people sees its end after only 72 days. In the midst of that battle, there was a samurai carrying a katana inherited from Sakamoto Ryoma who fought to the bitter end as a citizen of Paris... His name was Maeda Masana. Born the son of a warrior-class family from Satsuma, he was mentored by Sakamoto Ryoma and spent his life trying to discover what Japan was meant to be. A historical musical portraying the drama of his younger days.