Loading...
Paris in the Winter Fog
READ THIS BEFORE EDITING THIS PAGE 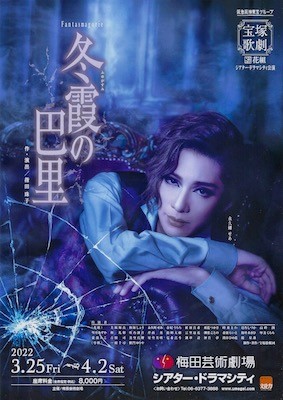 It is Paris at the end of the 19th century. On the other side of the gorgeous city culture known as Belle Époque, corruption and poverty spread. Thoughts about anarchism permeate the minds of some of the populace.

It is to that Paris where the young man Octave returns to with his elder sister, Ambre. Their goal is taking revenge against their mother and uncle who killed their wealthy father when they were still children. After the death of their father, their mother and uncle remarried each other. After graduating a boarding school in the sticks, Octave became a newspaper reporter and Ambre lived as a singer. However, they return to Paris to attend their grandfather's funeral. The two siblings move into a suspicious boardinghouse, and a man of unknown identity, Valentin, gets close to them. Before long, the siblings' plan entangles their half-brother Michel and his fiancee Hermione...

Based on the Ancient Greek writer Aeschylus' tragedy in 3 acts Oresteia, the spirits of people gone, long forgotten memories, the past and present, and the feelings of an older sister and her younger brother intertwine with each other. Below the glass roof watched over by the goddesses of revenge (the Erinyes), the curtains rise on this revenge tragedy...!