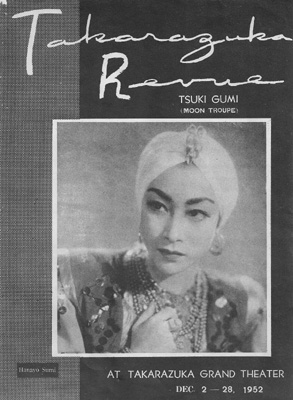 The information here is from the English pamphlet, with few changes.

A doctor by the name of Van Pulse newly arrived from Holland is an excellent physician who has the ability to cure all varieties of diseases, even love sickness. But this cure-all doctor is scatter-brained. And so, although he treats a dumb woman and succeeds in making her able to speak, he makes her husband deaf.

With an enormous amount of gold amd silver jewels on his cart, Carat, the richest jeweler in Cairo, is hurrying on his way to Baghdad where he is going to make a proposal of marriage to Princess Apreza, daughter of a certain minister.

Unfortunately attacked by the robber Absin, Carat is robbed of his jewels and is thrown into a river. Eyeful Poda, who lives in a nearby windmill, rescues Carat from drowning and, with this happening as a happy chance, the youngsters fall in love.

The Chief of the Police Affairs Department, who is daffy about Poda, proposes for her to marry him in vain. Then he comes to hate Carat as his rival.

On a certain evening, a party is held for Princess Apreza and Carat, pretending to be an Egyptian prince, attends the party. The princess, who is flirtatious by nature, is instantly fascinated by him.

Impersonating Carat, Absin the robber also appears on the scene. Then the princess begins to waver in her choice--one is a prince and the other a rich merchant.

But Carat is nabbed since the chief of the Police Affairs Department reveals that the Egyptian prince is bogus.

Worrying about Carat, gentle-hearted Poda tells the minister, the father of Princess Apreza, that the arrested bogus prince is Carat and that the boy who is professing himself to be Carat is a robber.