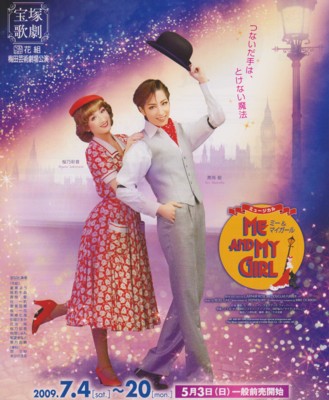 Based On: Me and My Girl book and lyrics by L. Arthur Rose and Douglas Furber, music by Noel Gay
Director: Miki Akio
Composer:
Choreographer:
Conductor: