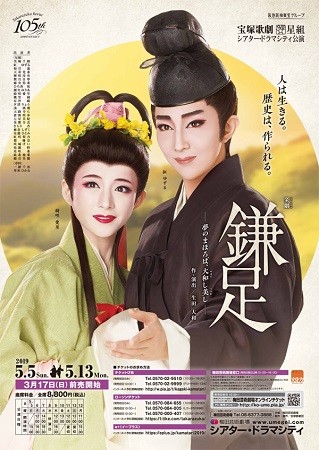 The Asuka period. In a school opened by the Buddhist priest Sōmin who has returned from studying abroad in China, amongst the sons of the nobility studying the continent's latest culture and disciplines, two young men are in attendance who will come to play a big part in upending an era. One is Soga no Iruka, son of the imperial statesman Soga no Emishi and next in line for his father's position. The other is Nakatomi no Kamatari, who will later incite the "Isshi Incident" and slay Iruka…

While the Nakatomi clan has served the Department of Divinities for generation after generation, Kamatari loathes the ascetic practices imposed upon him by his father Mikeko, and one day after setting out to try his hand at hunting with a bow and arrow, he meets a young lady attending the Imperial Court, Yoshiko no Iratsume. Kamatari establishes a bond with Yoshiko, but this does not sit well with the Nakatomi clan and he is bullied for his relationship with her.

Born "Nakatomi," he is fated to live forever as "Nakatomi." But Kamatari longs to break free of the life of control into which he was born, to live as he wishes, to marry Yoshiko… and in that moment, the "will for reformation" that will later guide his heart begins to sprout. From the turning point of that day, Kamatari devotes himself even further to his studies, and grows until he stands shoulder to shoulder with the school's brightest, Iruka. Completely unaware of the abominable future that will later come to pass, Kamatari and Iruka mutually respect each other's intelligence, and holding jointly the ideal that "their era" will come, they develop a brotherly bond.

After succeeding his father Emishi, Iruka immediately enters the service of the recently crowned Empress Kougyoku. Standing by the side of the empress who has just lost her husband, the "ideal" that young Iruka held so dear begins to waver.

Iruka changes. For the sake of the ideals they built together, and for the sake of his own ambition, Kamatari allies himself with the Empress's son, Prince Naka no Ōe, but…

Unmatched in his genius, the man who helped establish the Taika Reforms of 645 — this musical is the story of the turbulent life of Nakatomi no Kamatari.