Loading...
Hanago / The Lion Dance / The Tales of Hoffmann
READ THIS BEFORE EDITING THIS PAGE 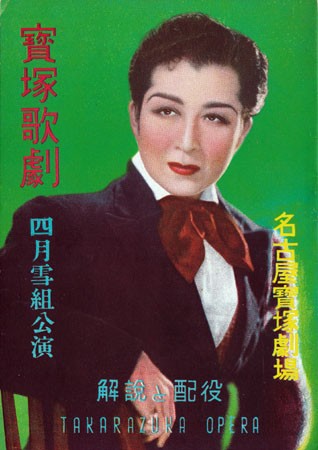 The Tales of Hoffmann:

The lord of the manor has a lover named Hanago, but he also has a deeply suspicious and overbearing wife who never lets him get away to visit her. So he concocts a plan to have his servant Tarou-kaja take his place. Tarou-kaja reluctantly agrees, worried about what will happen if he is discovered. Sure enough, the lady wife arrives to talk with her husband and eventually discovers that it is Tarou-kaja. She gets the truth out of him and is incensed. She takes his place in the master's clothing. Eventually, the master returns home and, thinking he is talking to Tarou-kaja, tells him all about his lovely evening with Hanago. His wife reveals herself, furious!

Once a year the lord brings the lion head out of the treasure house to use in a dance. This year the young Yayoi is chosen to dance with the head. At first she dances carefully, aware of how important the dance is, but as time passes her movements become stronger and more forceful as the spirit of the lion head possesses her.


The Tales of Hoffmann

Hoffmann is a poet and playwright in love with the opera prima donna Stella. He tries to meet with her but is rebuffed and drowns his sorrows with some students and her manager at a nearby tavern. Her manager convinces Hoffmann to tell tales of his past loves.

His first story is about the automaton Olympia, created by the scientist Spalanzani and Coppélius. Hoffmann believes Olympia is real because he is wearing magical glasses. He dances with her. However, the truth is eventually revealed.

His second story is about the courtesan Giulietta, who pretended to love Hoffmann because she had been bribed with a diamond to steal his reflection from a mirror.