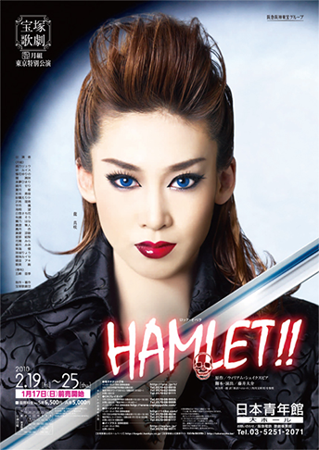 Shakespeare's drama "Hamlet" has been performed all over the world, and performed three times by the Takarazuka Revue. This time it will be in modern Denmark, with everything developed in the form of the ghosts ("black spirits" which cannot pass on) progressing. The tale's theme is basically "revenge", but lurking behind that is the frank love of a man and a woman, parent-child passions, and a futile adolescence passing by. This will be a powerful rock musical unfolding through hard rock music.